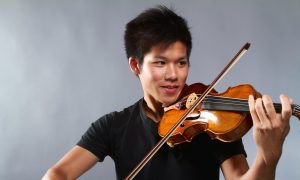 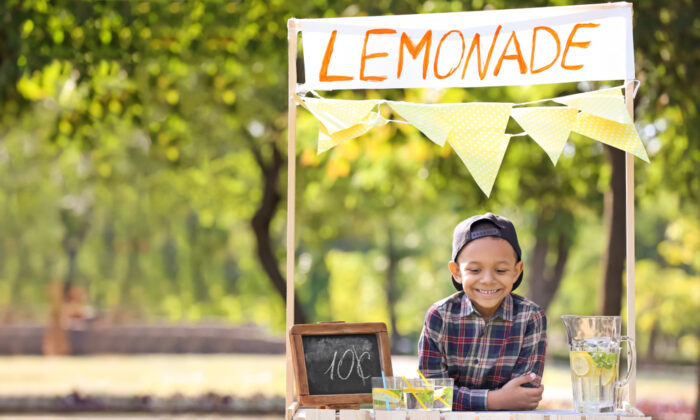 The idea of peaceful, voluntary cooperation through trade is something humans have gravitated towards for millennia. (Shutterstock)
Life & Tradition

How Children Learn the Humanity of Trade

My older children attend a self-directed learning center for unschoolers a couple of days a week. I love to hear the stories they share about what they do during the day. Classes are offered and are generated based on the young people’s interests, but they are entirely voluntary. Kids can attend classes or do their own projects, either independently or collaboratively, during what is known as “open hangout.” No one directs the hangout. Adults are present to facilitate and help if needed, but they don’t orchestrate the children’s work and play. The kids are free to create at will.

One creation that has been ongoing for months during open hangout is the development of a marketplace and its associated currency, known as myafo.

The kids create myafo using crayons and hot glue to make colorful, round gems and then use this currency to “buy” items that are produced for sale in the myafo marketplace. It’s been interesting to hear about the evolution of this economy and its unit of exchange, including the successes and setbacks.

Lately, as the marketplace gains popularity among the young people at the learning center, there have been discussions about creating a central bank and the potential issues related to that. There have also been conversations about power and control. Not surprisingly, one discussion that piqued my interest related to taxes. It turns out, some of the kids want to tax the businesses in the marketplace “because that is how it is.”

Others have more magnanimous reasons for taxation, such as using the taxes as a method of charity to allow kids who are new to the center, or who attend irregularly, to fully participate in the marketplace by receiving an allotment of myafo out of the collected taxes. It was called a charity tax. Some children disagreed with the tax idea and suggested that everyone be encouraged to voluntarily donate some of their myafo to help the newcomers. After all, forced generosity isn’t charity; it’s coercion.

It will be interesting to see how the myafo marketplace matures and how the kids address conflicts related to their growing economy. The issues they grapple with are big, and even we adults haven’t figured them out in real life. I am glad to see that dialogue and debate are central to the young people’s decision-making and that it’s all completely child-driven.

The kids, who range in age from about 6 to 14, created this project all on their own, with no adult prompting and no adult interference. It reveals how the idea of peaceful, voluntary cooperation through trade is something humans gravitate toward. Indeed, they have for millennia.

The history of trade dates to prehistoric times, as individuals sought to improve their well-being through trade. Someone has something to barter or sell that someone else wants to barter or buy, and both parties are better off as a result of the exchange. Trade is a fundamental process of human betterment. As it has spread during modern times, particularly when unencumbered by kings, dictators, and other central powers, free trade has led to growing global prosperity and astonishing reductions in poverty.

FEE’s Dan Sanchez goes so far as to say trade is what makes us human and quotes Adam Smith, who wrote in “The Wealth of Nations” of humans’ “propensity to truck, barter, and exchange one thing for another.” Smith says:

“It is common to all men, and to be found in no other race of animals, which seem to know neither this nor any other species of contracts. … Nobody ever saw a dog make a fair and deliberate exchange of one bone for another with another dog. Nobody ever saw one animal by its gestures and natural cries signify to another, this is mine, that yours; I am willing to give this for that.”

If you or your children are curious about the history of money and exchange, I highly recommend this Outschool.com class taught by Tom Bogle, as well as the Netflix series “Origins” and its episode on “Money, Banks, & The Stock Market.” And definitely check out FEE’s fantastic Common Sense Soapbox episode “Voluntary Trade is Win-Win!”

Kerry McDonald is a Senior Education Fellow at FEE and author of Unschooled: Raising Curious, Well-Educated Children Outside the Conventional Classroom (Chicago Review Press, 2019). This article was originally published on FEE.org.