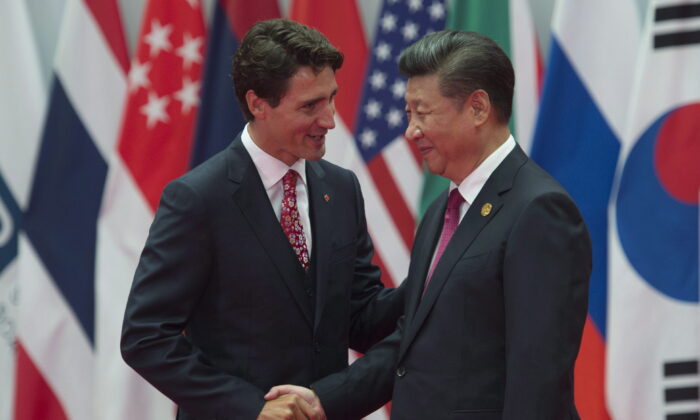 How Canada Can Decouple From China

This is the first in a series on how Canada can prudently decouple from China.

Canadians don’t feel dependent on China. According to an Angus Reid poll last month, 61 percent would like Canada to trade less with China, and an even larger number—88 percent—believe it’s realistic to do so without negatively affecting Canada’s economy.

The sentiment for decoupling Canada’s economy from China’s can also be seen in Angus Reid’s finding that “three-quarters want Canada to prioritize human rights, rule of law in dealings with China,” such as by boycotts of the Beijing Olympics, despite 58 percent worrying about the economic consequences of doing so.

Decoupling is also imaginable because Prime Minister Justin Trudeau—who in 2013 expressed “a level of admiration I actually have for China because their basic dictatorship is allowing them to actually turn their economy around on a dime”—has begun to walk back his infatuation, talking a hard line and appointing an anti-China hawk as his national security adviser.

The Conservatives have long been hostile to China and are likely to remain so.

Both parties are doubtless responding to Canadians’ growing distaste for communist China—only 16 percent of Canadians now view it favorably, down from 48 percent just five years ago and 58 percent in 2005.

A painless and prudent place to start the decoupling is public pension funds, starting with the $520-billion Canada Pension Plan Investment Board (CPPIB), which manages the federal government’s Canada Pension Plan and is one of the 10 largest sovereign wealth funds in the world.

The CPPIB’s $57.5 billion investment in Chinese companies—a sum twice as great as Canada’s annual exports to China and four times as much as its investment in Indian companies—represents an outsized 12 percent of its entire portfolio and a similarly outsized risk, particularly for a fund whose mandate is to “maximize returns without undue risk of loss” in safeguarding the pensions of over 20 million contributors and beneficiaries over the long term.

No major market is riskier than China. If the Chinese regime attacks Taiwan—as it has threatened to—a broader war involving Japan and the United States could result, leading to trade embargoes by the West and retaliation by Beijing, all of which would endanger investments in Chinese companies.

Even without a major war, uncertainties abound.

If Donald Trump or another tough-on-China Republican wins the presidency in 2024, as various polls predict, the value of Chinese stocks and other properties would become volatile and uncertain.

Or the West might lose its tolerance for the forced labor of 80,000 Uyghurs in service to Chinese and foreign multinationals—companies in which the CPPIB has $55 billion in investments —leading to boycotts by the West and retaliation by the ever-sensitive Chinese Communist Party (CCP).

Beijing might even resume taking Westerners hostage to further its agenda, as it did with Canada’s two Michaels and two Australians when it disagreed with their governments.

The CPPIB recognizes these geopolitical risks and claims it can manage them. But while betting on geopolitical events may be appropriate for nimble hedge funds and other private investment houses whose high-roller clients willingly take on big risks for the promise of big rewards, it hardly seems appropriate for a public pension plan charged with the protection of the retirement income of more than half of all Canadians.

China’s domestic landscape is likewise fraught with risks. Unlike his pro-market predecessors, Chinese leader Xi Jinping is increasingly suspicious of the power of the private sector, which he fears could threaten the CCP.

As reported by China’s official Xinhua News Agency in January, the Central Commission for Discipline Inspection decided to “investigate and punish corrupt behaviors behind the disorderly expansion of capital and platform monopolies, and cut off the link between power and capital.”

According to Bloomberg, last year China’s regulatory crackdown wiped out more than $1 trillion of market value.

Alibaba and its former CEO Jack Ma—once a darling of the CPPIB’s brain trust—are among those in the CCP’s crosshairs. CPPIB’s US$160-million investment in Alibaba, which initially did well, lost an estimated 60 percent of its value after authorities pulled the plug on an IPO for Ma’s Ant Group, in which CPPIB had invested US$600 million.

The IPO’s quashing, many believe, was retribution for Ma’s public criticism of China’s regulatory system. Alibaba took another hit earlier this year, as did other technology companies that Xi fears, in what could be the beginning of a trend: Xi has been advocating that China’s corporate sector be cut back to size through redistribution of its wealth to the population at large.

The sooner CPPIB exits from China, the sooner Canada’s present and future retirees will be freed of the risks associated with investments in Xi’s China. That also applies to La Caisse de Depot et Placement du Québec, British Columbia Investment Management Corporation, the Ontario Teachers’ Pension Plan Board, and other Canadian public and private pension funds.

Investing in the China fast lane is contrary to the prudence that one should expect from pension funds and contrary to the desires of the great majority of the Canadians to whom they have a fiduciary responsibility, and who don’t wish to give succor to one of the most reprehensible regimes in the world.