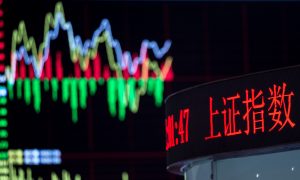 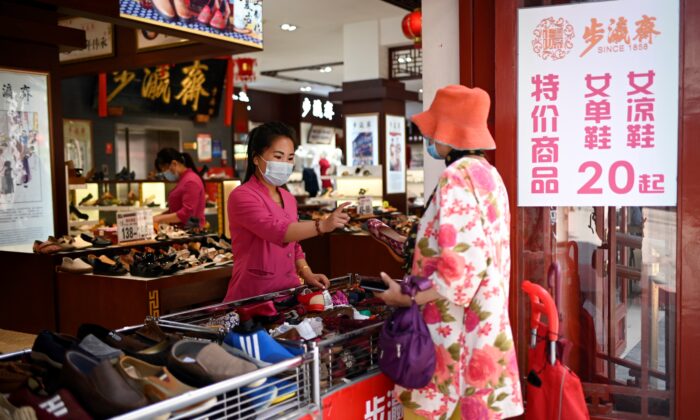 How Can Beijing Expect to Raise Domestic Consumption in Flat Economy?

According to a report published by state-run media Xinhua on July 16, 2018, consumption continued to play a more prominent role in driving growth, with total consumption making up 78.5 percent of the economic expansion from January to June 2018. It’s obvious that it was the CCP’s propaganda mouthpiece that contributed to the rise of GDP. Suddenly, consumption replaced exports and investment as the number one driving force of economic growth.

China’s GDP growth rate in the first half of 2018 was 6.8 percent, Xinhua reported. At the same time, the growth rate of fixed-asset investment hit a record low of 6 percent, the contribution rate of capital formation to growth fell to 31.4 percent, and net exports’ contribution rate to economic growth was minus 9.9 percent. It means that in the first half of 2018, the contribution rate of final consumption to GDP growth reached 78.5 percent, but the main reason was not the acceleration of consumption but instead the continuous decline of investment and capital formation, and the deterioration of exports.

Chinese economist Justin Lin Yifu stated at a seminar in Shanghai on Oct. 16 that China’s exports accounted for 17.4 percent of China’s total economy in 2019, and China’s domestic consumption went from 82 percent to nearly 90 percent. Lin Yifu attributed falling exports to an increase in domestic consumption. This claim once again sets an example of how economists such as Lin manipulate concepts to package what the Chinese Communist Party (CCP) wants to see done.

If we look at statistics of China’s domestic consumption (excluding government spending) from 1999 to 2018, the annual percentage to GDP steadily declined to 38.9 percent from 46 percent.

In 1999, the CCP began a far-reaching campaign to suppress the Falun Gong spiritual practice. It can be seen that beginning in that year, political, economic, and social aspects began to decline significantly. Except for some slight fluctuations, domestic consumption also has spiraled downward since 2000.

In 2015, China’s per capita consumption was $2,337, which is 36 percent of per capita GDP—based on the World Bank’s 2010 constant price in U.S. dollars, according to the Hong Kong Brokerage Report by GF Securities.

The CCP reported that the retail sales of consumer goods in China in 2019 were close to $6 trillion and were approaching $6.2 trillion in the United States. But the reality is that only 20 percent of the population (the high-income group) had the ability to spend.

China’s insufficient social security system has increased people’s need for emergency savings and has also affected the growth of consumption, according to a financial analysis published on the Chinese news portal Sina. That explains the poor consumption rate of 80 percent of Chinese people in the mainland.

The CCP loves to compete with the United States. Judging by its GDP per capita, the American people greatly enjoy the benefits of U.S. economic growth. The CCP has already had 13 five-year economic plans. But the vast majority of Chinese people receive a pitiful share of China’s economic growth and instead continue to endure “the two highs and one low”—high inflation, high housing costs, and low income—and carry “three mountains”—elderly care, education, and medical care.

Now, according to the 14th Five-Year Plan, the “three mountains” on the back of the common people have to serve as “horses and carts” to drive domestic consumption. It’s just another round of exploitation of the majority of Chinese people.