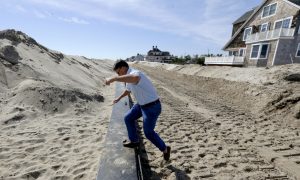 After Sandy: Are We Ready for the Next Big Storm?
0
Share Now
TelegramFacebookTweetEmailTellMeWeReddit
Copy Link 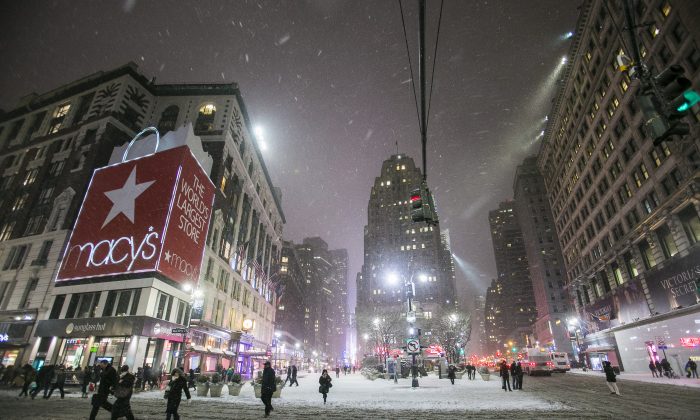 The Cost of Bad Weather

NEW YORK—In the end, snowstorm Juno didn’t turn out to be as bad as expected in New York, but businesses and government should always have a plan B in case the going gets tough.

“Before the first snowflake dropped they cancelled 8,000 flights. Do you know how much business was lost? We take on that responsibility, we have to,” says Alphonzo Albright, former Chief Information Officer of the City of New York and currently with video technology company Polycom. Nevertheless, Albright still feels it’s preferably to be over-prepared.

To see how bad it can get, we just have to take data from January 2014. According to the Federal Reserve, the economy lost $50 billion in production and 76,000 jobs because of the bad weather. The New York Times estimates it costs the city of New York $160 million per day if workers can’t take public transport to work and also can’t work remotely.

Restaurants are affected especially on the day of the storm.
— David Goldin, AmeriMerchant

However, despite the generally negative impact, there can be winners too, says David Goldin, CEO of private lending company AmeriMerchant.

“If you are a supermarket or grocery store, there are lines outside, people preparing based on the news reports. You are doing a lot of business leading up to the storm,” he says. Of course, sales would then drop off once stores are closed, which didn’t happen with Juno.

Goldin also doesn’t think supplies will last long enough for people to delay their next shopping trip. “People clear out that food pretty quickly. If you are home all day and bored. A lot of that stuff is perishable,” he says.

In addition, when you are at home and bored, you are more likely to do online shopping and stream movies, so these businesses should benefit, provided goods can be transported at a later time.

As for the negatives, he thinks restaurant and upscale clothing retailers are hit the most as transit shuts down and stores are closed. Nobody is going to emergency shop for clothes. Airlines and taxis are also losers.

“Restaurants are affected especially on the day of the storm. Professional firms are closed but there employees can work remotely. However, it still affects the business, as operations cannot run as efficiently as normal,” says Goldin.

For the businesses which benefit from bad weather and storm warnings, Goldin has the following advice: “You want to stock up on inventory. In the wintertime if you live in a region that gets a lot of snow, you want to make sure you are stocked up on inventory. You don’t want empty shelves when people are ready to buy for a storm. You want the empty shelves after you sell out.”

As for all other businesses, they should have a business continuity plan in place, according to Alphonzo Albright.

Businesses should have set plans for people to work remotely and also use videoconferencing instead of forcing people to travel, which he says some government agencies make employees do.

Curtis Peterson, VP of operations at communication company RingCentral agrees. “The plan should identify several functional leads—individuals who make decisions and deploy the plan— along with specific communication channels and protocols,” Peterson said. “A good plan outlines exactly when and how employees will be notified.”

In addition to the communications plan, the whole system should be able to provide electricity as well for a certain period of time. If all fails, he recommends companies to back up their data into the cloud.

“Cloud services can help here by providing a reliable, survivable off-site solution to data access and security and communications continuity,” he said.

After covering all the bases, Peterson thinks even further ahead and recommends people and businesses to be prepared to help others as well: “People will remember how you came to their aid in a tough situation.”