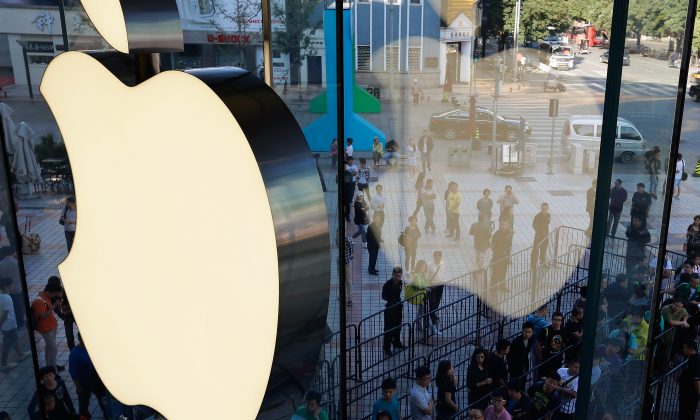 Although its critics will claim otherwise, Apple is still a very innovative company. Sure, it has its share of stinkers — we’re looking at you, Apple Music — but it’s also been ahead of the pack when it comes to features such as implementing 64-bit chips in phones, creating new ways of interacting with touch-based technology such as 3D Touch, and being the first company to use biometrics as the linchpin of its mobile payments service. And yet, the company spends a smaller percentage of its revenue on research and development compared to Google, Facebook, and just about every major player in tech.

FROM EARLIER: Why the iPhone 7’s most radical design change might not be such a big deal

A terrific report in Bloomberg Businessweek explains that Apple has never been about spending the most money on R&D, although it has picked up its spending in this category a lot over the past couple of years. All told, Apple now spends 3.5% of its revenue on R&D, whereas Google spends 15%, Qualcomm spends 22% and Facebook spends 21%. That said, Apple is still spending $8.1 billion a year on R&D, which is higher in nominal terms than any of the above mentioned companies other than Google.

One reason Apple doesn’t have to spend 15% or more of its revenue on R&D is that a lot of third-party component suppliers are in fierce competition to win its business every year and thus offer the company its cutting-edge hardware innovations. In other words, Apple’s component suppliers do a lot of work on its behalf in the hopes of winning its very lucrative business.

Another reason is that Apple is a lot more focused than companies like Google that are much more willing to spend big on “moonshot” projects that have questionable chances of producing a return on investment. While Google Fiber and Project Loon are awesome projects in their own right, they’ve never been the sort of things that Apple has shown any interest in doing itself.

Even so, $8.1 billion is a lot of money to spend on R&D every year even if it’s a small fraction of Apple’s overall revenue. So while it’s fair to say the company isn’t plunging as much of its revenue back into research compared to Google or Facebook, it’s still spending a huge chunk of cash on developing new products and technologies.