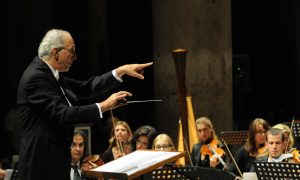 How a Warfighter Mindset Can Help Your Team Thrive

The fiction sections of libraries all over the world are filled with countless volumes of epic tales in which a lone hero saves the day, turns the tide of the battle single-handed, or completes a nigh-impossible quest solo. His courage and skills are unparalleled; he alone made the difference against both time and tide.

However, in the libraries’ history sections, the truth is recorded and reality is captured; these sections are filled with real stories of highly trained and cohesive groups of men striving in unison toward a common goal, no matter how impossible the odds.

War Is a Team Sport

Any leader who has been there can tell you that without question, war is a team sport; the teams that work together will emerge victorious, while the losers end up fertilizing the soil and making the green grass grow. While the stakes in your industry will likely be exponentially lower than actual life and death, the warfighter mindset can help you envision and create a culture inside your organization in which your teams develop and execute their assigned tasks like finely oiled machines.

I’ve always been something of a natural leader, something that is likely equal parts nature and nurture. I have always thrived in a team environment, whether it be the Scouts or baseball teams or during my formative years in the U.S. Army.

Learning to be a team player is, in my humble opinion, the absolute most important social skill for a young person to learn—and the earlier, the better. When you understand the importance of the group over the individual, everything else falls into place. Where you are weak, your teammates can be strong. Your gifts are always more valuable when you share them, which makes them unique among any other commodity or limited resource.

One of the most interesting paradoxes found in a Special Forces regiment is that on each 12-man team there is not a singular leader assigned based on rank, but each of the 12 assigned team members is expected to be a capable and competent leader. There is a clearly defined hierarchy and a chain of command; however, at any given moment, any given member of the team is expected to be able to pick up the gauntlet of leadership and carry on until either the mission is a success, or he is the last man remaining on the battlefield.

The five fundamental components that make a Special Forces team successful will also bring this type of elite performance and success to your organization: adaptability, agility, flexibility, versatility, and discipline. These are not efficiency apps you can download or ethics that can be infused into your organization via a memorandum and a new mission statement. These aren’t buzzwords. They are mindsets that take time to absorb before you attempt to infuse them from your leadership down to your most entry-level employee. Competent leaders that you can rely on cannot be created after you already need them. You have to build them out in training and development. The same goes for these five values.

Adaptability is one of the most valuable traits in a team member. No matter what situation your team may find itself in, you want to be able to count on each of your teammates to be putting out his max effort and doing his best job. It’s easy to be a happy, motivated member of a team when everything is sunshine, lollipops, and rainbows. It’s when it takes real effort to make the best of the given circumstances that you see what people are made of at the cellular level.

When you start evaluating your team and its individual members for agility, make sure that you don’t get this confused with the buzzword “agile.” Think of this bullet point as having a good sense of gallows humor rather than a project manager’s definition of being agile.

At the end of the day, this is the best 30-second definition I can give you for a successful teammate who is agile: Even when things look the absolute worst and chaos is tearing apart your best-laid plans, he’s the guy who keeps a sense of humor rather than getting angry or stressed.

Rather than avoiding negative feelings or allowing negative experiences to derail you entirely, you have to learn how to take the negative as a metric that will allow you to course correct and adjust strategically. Agility not only drives improved efficiency and therefore performance, but offers a level of stability to your organization that I can personally guarantee will also boost your organization’s retention rates. Agility is just stability when things get turbulent.

Flexibility and versatility are in some ways different sides of the same coin. Team members who can bend tend to not break or snap under pressure; team members who have a working knowledge of all the roles on their team can handle stress much better and can boost efficiency if they don’t have to stop or delay a project to conduct some minor, basic tasks.

As Green Berets, we spent an extensive amount of time cross training so we could all perform at a basic level for all required tasks on the team, regardless of our assigned job. Being able to accomplish tasks without waiting for a subject matter expert every single time is like having a superpower; with the right training plan, you can make everyone on your team a superhero.

Specialists will always be needed, but they will never be as valuable as a fully developed and cohesive team. Don’t be afraid to bring them on a case-by-case basis, but spend your time and money building a well-rounded team. You can pay for specialized support, but you’ll never be able to buy an entire team of top-tier performers.

You’re never fighting for a flag, an ideal, or even the mission itself. You’re fighting for the men on your left and on your right. At that moment, you’re not thinking about Operation Enduring Freedom, who the president is, the latest policy from the chief of staffs, or the words to “Yankee Doodle.” You’re fighting so Mike, the guy you’ve been living and training with for years, gets home to his wife and children, even if that means you die face down in a country most people couldn’t point out on a map.

That’s what discipline looks like: doing the right thing, no matter the cost and regardless of who is watching. Don’t make excuses; accountability should be non-negotiable. Or as we said in the Special Forces regiment, “Don’t be late, don’t be light, and don’t be last.” Show up when you are supposed to, bring the gear you’re going to need, and never settle for being the last to finish your tasks.

Chris Erickson is a combat veteran and former Green Beret with extensive experience deployed to various locations across the world. He now works in the communications industry. Follow him on Twitter @EricksonPrime