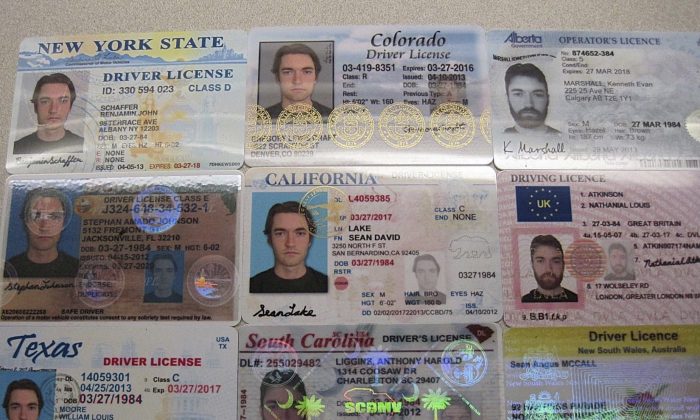 On Oct. 2, 2013, after months of extensive joint federal investigations, the FBI arrested Ross William Ulbricht (aka “Dread Pirate Roberts”) for his role in leading a major online criminal enterprise.

In May 2015, Ulbricht—now 31 years old—was sentenced to life in prison without parole after being convicted on multiple felony charges in connection with his operation of the Silk Road website, which had become an anonymous black market for drugs and other illegal items.

U.S. District Judge Katherine Forrest chose to impose the harshest sentence she could, essentially equating him with a mafia boss in hopes of sending a message to other would-be cyber criminals. As she said during sentencing: “The stated purpose [of the Silk Road] was to be beyond the law. In the world you created over time, democracy didn’t exist. You were captain of the ship, the Dread Pirate Roberts. You made your own laws. What you did with Silk Road was terribly destructive to our social fabric.”

Ulbricht represents the changing face of organized crime. His sentence—considered unduly harsh by some—uncovers the reality that leaders of criminal organizations may no longer resemble a character from “The Sopranos.”

Sophisticated criminal activity has migrated to virtual worlds in which one young man with a laptop and an Internet connection can facilitate an illicit global enterprise, as my research into the sociocultural aspects of cybercrime shows.

So what was the Silk Road and how did it begin to change the face of organized crime as we know it?

Ulbricht created the virtual Silk Road in early 2011 as an underground service through which buyers and sellers could anonymously trade illicit goods using the virtual currency bitcoin.

It relied on the Tor Network—originally developed by the U.S. Naval Research Laboratory to protect online government communications—to shield its users from prying eyes. Silk Road was not the only illegal marketplace operating on Tor at the time, but it certainly dominated the “cryptomarket” landscape.

The Silk Road operated for two years before law enforcement shut the site down. While it ran, more than 24,000 items—mostly drugs—were sold. This generated $1.2 million in sales per month, about $90,000 of which went to Ulbricht and his associates.

Fight Against Cybercrime and Terrorism Moves to the Darknet
Black Markets for Hackers Are Increasingly Sophisticated, Specialized and Maturing

Ulbricht, far from the stereotypical image of an organized crime mob boss, has been described by friends and family as “modest, humble, and caring.” His defense team called him an idealist.

However, his criminal actions led to seven charges, including multiple counts of conspiracy to launder money and controlled substances, engagement in a continuing criminal enterprise (the so-called “kingpin” charge), and conspiring with others to traffic in fraudulent identification documents.

A jury convicted Ulbricht in February 2015, and he was ordered to spend the rest of his life in prison without the possibility of parole—a sentence designed by Judge Forrest to warn people of the consequences for engaging in illegal activity on the Tor Network.

The Tor Network (originally an acronym for “The Onion Router”) is a corner of the Internet accessible with free software downloadable from the Tor Project.

Websites hosted on Tor (which use the .onion domain instead of .com) cannot be found or accessed by “regular” Internet browsers like Google Chrome or Internet Explorer. Users need to log on to the Tor Network to access any .onion sites.

The Tor Network, which became more publicly accessible in 2010, is currently funded by a wide variety of public and private sponsors including the National Science Foundation (NSF) and Reddit. Tor keeps users’ identities untraceable and unidentifiable by “distributing your transactions over several places on the Internet, so no single point can link you to your destination.”

“What you [Ross W. Ulbricht] did with Silk Road was terribly destructive to our social fabric.”
— U.S. District Judge Katherine Forrest

The Tor Project, the nonprofit organization that maintains Tor, argues the benefits for its 2.5 million users include the protection of children, safety of journalists, and safe whistle-blowing.

But criminals can also enjoy the cloak of anonymity that Tor provides, buying and selling illegal items on Tor’s “hidden services” with little fear of being identified and caught by law enforcement.

Since the virtual Silk Road was shut down, numerous other criminally concerning marketplaces have been launched to fill the void. More than 45 such marketplaces are currently known to exist that trade in illegal goods and services, up from only a handful that existed when Ulbricht founded the Silk Road.

Vendors on the Silk Road and other virtual marketplaces use Tor to market and sell anything from illegal drugs and explosives to forged passports and pornography.

To purchase one of their illicit wares, buyers simply create an account, select an item and quantity, and pay using bitcoin. The purchased items are then shipped to the buyer via snail-mail (unless it’s a digital product that is immediately downloadable).

Some sellers even offer “stealth” shipping methods for an additional fee—these are extra steps taken by the seller to protect the package from law enforcement detection while in transit.

With so many virtual marketplaces operating using Tor, law enforcement officials have had their hands full trying to distinguish high-level cyber criminals like Ulbricht from low-level, infrequent retail customers.

U.S. law enforcement officials use a range of tactics to investigate crimes on Tor’s hidden services, and they have an arsenal of federal statutes—like “RICO” [Racketeer Influenced and Corrupt Organizations]—to apply to high-level criminals once identified.

With Ulbricht, the feds turned to the continuing criminal enterprise (CCE) statute, which is intended to target high-level criminals in existing organizations who engage in “significant criminal activity.”

The punishment for engaging in a CCE ranges from a mandatory minimum sentence of 20 years to life behind bars—the presiding judge decides how long. Such a harsh sentence is meant to disrupt the criminal enterprise itself (“removing the head of the snake”) and to deter future individuals from engaging in similar activities.

But will Ulbricht’s life sentence deter future would-be marketplace operators from launching such a cryptomarket on Tor or becoming a customer of one? It hasn’t appeared so.

While this may not work as a specific deterrent, it may serve an effective law enforcement approach nonetheless to combat serious crime on Tor cryptomarkets.

Arrests of leaders in large criminal organizations generally inflict a temporary disruption in business as the organizations scramble to replace the arrested members. And the investigations also result in the removal of tens of thousands of kilograms of illegal drugs per year from the streets, identify hundreds of human trafficking victims, and recover stolen property and data.

Prosecutions such as Ulbricht’s have also resulted in the seizure of assets totaling millions of dollars.

The Changing Face of Organized Crime

In the end, Ulbricht’s case signals how much the face of organized crime has changed and how our understanding of it must evolve as well.

When asked to describe what an “organized crime” syndicate looks like, what springs to mind? Maybe an urban underworld boss like James Joseph “Whitey” Bulger Jr., a drug kingpin like Joaquín “El Chapo” Guzmán Loera—the former head of the Sinaloa drug cartel who just escaped from prison for a second time—or perhaps just a scene from “The Sopranos.”

What most of us probably don’t think about is a tech-savvy 20-something from Austin, Texas, with a graduate degree in education from Pennsylvania State University. Yet the court decided that Ulbricht met the requirements for the CCE charges.

He was convicted of running a criminal enterprise (legally considered to be any group of six or more people) that generated substantial income from a continuing series of illicit activities. For all intents and purposes, he was found guilty of acting as the “boss” of an organized crime group—one that catered to a global market.

Ulbricht’s international presence via cyberspace was perhaps even more impressive than the influence of a traditional mafia boss or kingpin, who, without cyberspace, is tied to physical, geographic realities.

This perhaps signifies a cyber-driven evolution in how we view “organized crime.” Cyberspace makes it easier for criminal groups to operate from the comfort of home, and the Tor Network, in particular, provides added security to set up virtual illegal businesses anonymously.

The challenge for law enforcement in devising a solution to this problem will only continue to grow, particularly as people increasingly turn to the Internet to purchase their drugs.

Diana S. Dolliver is assistant professor of criminal justice and cybercrime at the University of Alabama. This article was previously published on TheConversation.com