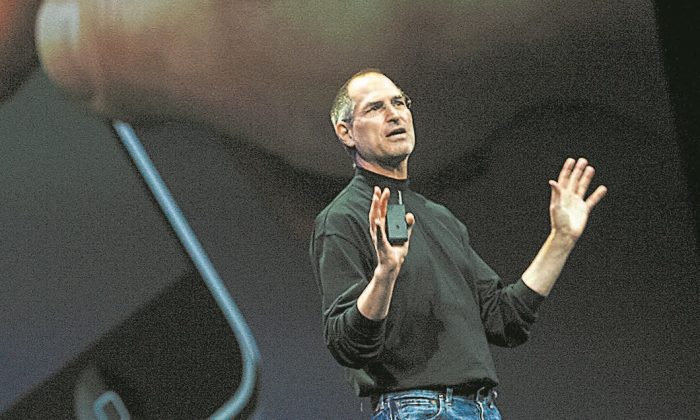 Apple CEO Steve Jobs unveils the first iPhone at the Macworld developers conference in San Francisco on Jan. 9, 2007. Since then, Apple and other innovative companies have developed hundreds of different models, constantly improving the user experience. (TONY AVELAR/AFP/GETTY IMAGES)
Viewpoints

How a Smaller Government Made the iPhone Possible 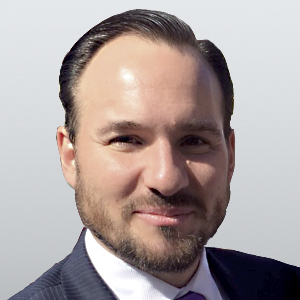 That anti-competitive system created by government massively slowed development in residential telecommunications. In 1984, those Model 500 rotary phones, very similar to the model that had first been developed in the late 1940s and brought to the market in the 1950s, were still in use. They said telephone service was a “natural monopoly,” so many people considered all of this an appropriate relationship between government and business.

That old Model 500 phone was in our house when I was a child. I remember that on the bottom of my family’s telephone was a sticker that said our phone was property of Illinois Bell. I had imagined that our telephone had somehow been accidentally stolen the first time I saw that sticker. “Why would something in our house belong to someone else?” I wondered.

It was because government made the Bell System the official monopoly, and the Bell System was able to make policies that consumers couldn’t really question, including the fact that millions of American households would rent their telephones from the phone company.

As I traveled through former communist Czechoslovakia over the years, I often saw a similar out-of-date phone that was used in communist times. How similar the two countries (Czechoslovakia and the United States) were, in some respects! Even today, some Slovak houses have the same sleek, communist model of telephone. I assume that’s because that was the one phone that was available. I can’t help but look back on how very similar our monopoly telephone laws in America (along with a host of other laws) were to those in communist countries.

While the government didn’t own the telephone company in America, it’s foolish to pretend that there’s much difference between outright government ownership, heavy-handed control, and the government doing exactly what the board of directors of big companies want. All three relationships end up blurring the lines beyond recognition between what’s government and what’s corporate.

But at least in the realm of telecommunication, things look very different today, and it’s almost impossible to imagine the United States once had a telephone monopoly.

In 1998, an economics professor at the University of Illinois taught me that natural monopolies exist and are a fact of life. He cited telephone services and cable television as two examples. He professed this theory even as everyone on campus was slowly beginning to dial numbers like 10-10-220 or 10-10-321 for cheaper long-distance calls home.

That professor probably kept saying it the following year when cellphones finally became the rage on our campus, just five years after the U.S. government, in 1994, finally allowed phone manufacturers enough room in the radio spectrum for widespread mobile phone use.

Within two years, mobile phones went from being hardly used to being practically everywhere on that campus, and within the next decade, the iPhone would appear.

Who could possibly have imagined that in 23 years’ time, America would go from having the same old AT&T, 1940s-style phones in so many homes to having iPhones in so many pockets? The Model 500s were put there by a company both heavily regulated and heavily favored by the government, a company that was largely disinterested in innovating—a government and a company both disinterested in innovating.

The iPhone, in contrast, was made popular by companies, engineers, and consumers, who moved too quickly for the government to even be able to understand what was happening, let alone to have enough time to try regulating it.

As brilliant as everyone says Apple co-founder Steve Jobs was, my guess is that not even Jobs had any idea in 1984 that 23 years later, something like an iPhone would exist. My guess is that almost no one anywhere in the world was able to predict that with much accuracy. When the government took the power to make decisions out of the hands of entrepreneurs and consumers, they delegated that authority to a different group—the federal regulators and the board of directors at AT&T.

In all likelihood, no one who sat in on AT&T board meetings 23 years ago would have predicted that an iPhone might one day appear. That probably didn’t matter to them though. The U.S. government ensured that what was good for AT&T and what was good for the regulators would be what the rest of the United States would abide by—even if that meant everyone would use the same rotary telephone for 35 years.

Had residential telecommunications been left in the hands of government and AT&T, it’s unlikely that anything like an iPhone would exist today.

Had you asked someone in 1984, “What innovations will a more competitive marketplace in telecommunications bring over the next 23 years?”, that person probably couldn’t have told you with any certainty. Twenty-three years is a long time when technology is allowed to develop freely. But at least they would have been able to tell you that something better could come out of a freer system of competition.

While I don’t know what benefits competition will bring to industries that are heavily controlled by government, I do know that experience shows free competition will advance technology and respond to the needs and wants of the consumer in a way that protectionism in its many forms can’t. You may call it mercantilism, communism, cronyism, or whatever other names you’d like; it’s all about the law being used to protect a producer, to limit the choice of consumers, and to limit the ability of competitors to enter a market freely.

By opposing government protectionism, you support a belief that better solutions can be had for any problem out there when a spirit of competition is allowed to drive innovation. By opening up the discussion and letting the profit-motive work its magic, better solutions can be found by a variety of enterprising people and not just whoever happens to be in the AT&T boardroom or in the office of a federal regulator at the time.

Jobs was a brilliant, charismatic man in the right place at the right time, and my life is enriched because someone was there to do what Jobs did. At first, I didn’t even use an iPhone, but I know that everything from my old Nokia and Motorola phones had the imprint of Jobs and dozens of other people like him. My time on the internet is influenced by him. My time on any computer today is influenced by him. The word-processing program I’m using to write this was influenced by him. I wonder how much less pleasant my work as a writer would be if in the year 2013, the United States had celebrated the 100th anniversary of the Ma Bell monopoly.

I think competition is good for us, and freedom allows competition to take place. I don’t know the details of how our lives will be better because of free markets in the future. I just know from past experience that they can and will be better. The existence of the iPhone and the demise of the Western Electric Model 500 are examples of the victory of freer markets. I do know when government allows people to get together and to freely help one another out, people are left better off than when government intervenes and slows that process.

By opening up the discussion and letting the profitmotive work its magic, better solutions can be found by a variety of enterprising people and not just whoever happens to be in the AT&T boardroom or in the office of a federal regulator at the time.

By “helping each other out,” I mean being kind and charitable, but also things like selling a product, selling a service, selling time, selling labor, or selling advice. All of these activities help other people.

When I buy a book on Amazon, I go through the realization that my money is worth less to me than that book, and I have the entire team of people who have cooperated in getting me that product to thank for their help. They in turn consider my money to be more valuable to them than that book. We have helped each other out in that situation.

If we push government aside, people like Jobs—brilliant, charismatic people—will step forward and lead the way. There will be dozens, maybe even hundreds, of options that present themselves as solutions to every minute problem. There will be open dialogue and competition. There will be lots of failure for daring entrepreneurs and investors. There will also be much success for all of us. We will be left with more than just the broken, one-size-fits-all systems that are heavy and clunky like the “property of Illinois Bell” phone that I grew up calling my aunts and uncles on.

Some of us are carrying around the newest and best iPhones and even some of the poorest people in society and around the globe can afford a second- and third-generation model of fantastic smartphones. No one is forced to use that old Western Electric clunker today.

Where there is only one manufacturer and where there is a market closed to competition, the improvements come slowly. A government-sanctioned monopoly simply doesn’t have an incentive to innovate. It’s part of the natural corruption that comes from the state protecting manufacturers. The easier it is for a potential competitor to enter a market, the better it can be for us all.

However, the U.S. government mounts towering barriers to entry for brilliant entrepreneurs with a host of prohibitions (often called “regulations”) that ultimately make life more difficult and more expensive for consumers. Instead of letting consumers regulate their own buying, instead of letting markets regulate themselves through the decisions of consumers, we are left with government interference sapping vital energy and resources from our industries.

Not for a moment will I pretend that the competition created by a free market is flawless. But it does a pretty good job, allows for a great deal of personal freedom, and allows society to have more iPhone-quality developments and fewer Model 500-quality stagnations. The latter stagnated for about 35 years; the former had 11 new “generations” in its first 10 years of existence. The latter, we were beholden to; the former, we buy because we choose to have it.

Imagine if the government stepped aside today from health care, from research, from education, from retirement funding, from charity, from banking, from agriculture, from the automotive industry, and from a host of other industries. If the government steps away from virtually any area of life it regulates, it is entirely reasonable to assume that within 20 years we will have seen our service and products in that industry go from the equivalent of the “AT&T standard-issue-and-clunky” to the iPhone.

Thank you, iPhone, for showing us how much can happen when government just steps aside.

Allan Stevo is a libertarian thinker and the author of “The Bitcoin Manifesto.”

Allan Stevo
Follow
Allan Stevo is a libertarian thinker and author of "The Bitcoin Manifesto." He is a blogger at 52 Weeks in Slovakia.