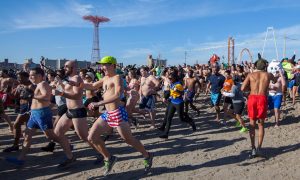 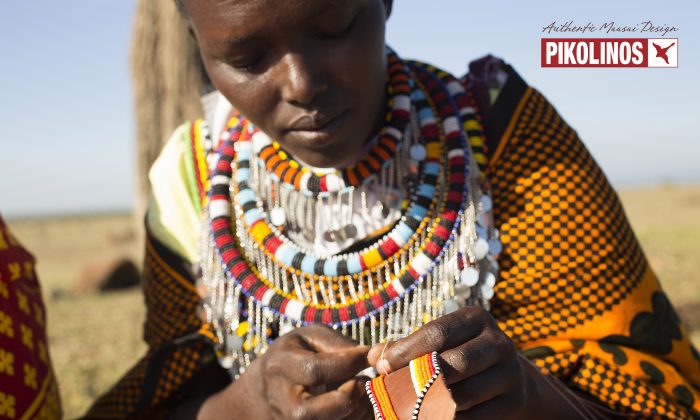 A publicity image from Pikolinos showing a Maasai woman embroidering a piece of leather with beads. (Courtesy of Pikolinos)
Africa

Before he became a Maasai chief, it was “William” Kikanae Ole Pere’s childhood dream to make life better for his community in the Maasai Mara Reserve, Kenya. As a child, he wanted to build a school closer than the one 12 miles away, which he and his boyhood friends had to travel to by foot. He also wanted to help his mother and other women in the villages make a living. When he grew older, he’d walk to the nearest trading town to buy beads to bring back so they could make handicrafts to sell.

Those beads would become the seeds of a much greater project.

Ten years ago, Chief William found a chance to realize his dreams when he met Rosa Escandell from Spain. Escandell is president of ADCAM, the Association for Development, Alternative Trade and Microcredits. ADCAM has been especially active in helping women in developing countries empower themselves through learning trade.

Over the first couple years of their working relationship, Escandell helped Chief William obtain land to build the school he wanted. Then began a design collaboration between Pikolinos and the Maasai community.

At the beginning of each production season, Pikolinos sends leather pieces to be hand-beaded by the Maasai women. William and his wife, working with women living close by the central distribution point, organize each day’s work, parsing out leather pieces with the appropriate beads counted out according to what’s needed for a particular pattern. Completed pieces are shipped back to Spain to be stitched onto sandals specially designed for the Maasai Project collection, which Pikolinos releases each summer.

There are no quotas or deadlines, and the women work at their own pace. One-hundred percent of the proceeds from shoe sales are put back into the Maasai Project, supporting infrastructure or paid out in wages—Pikolinos takes care of the design and marketing of the shoes but doesn’t take a cut. ADCAM provides ongoing support for on-site logistics.

In the first year, 31 women were involved and produced beadwork for 260 pairs of shoes. Now in its sixth year, the Maasai Project pays the way of about 1,600 women in Kenya and Tanzania. These women are using their earnings to provide food, housing, medicine, and education for themselves and their families.

Many have started their own businesses. William estimates that whereas local markets had no Maasai women merchants, now they make up 75 percent thanks to the seed money earned by beading Pikolinos shoes.

For more information about the Maasai Project: maasai.pikolinos.com