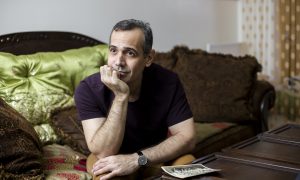 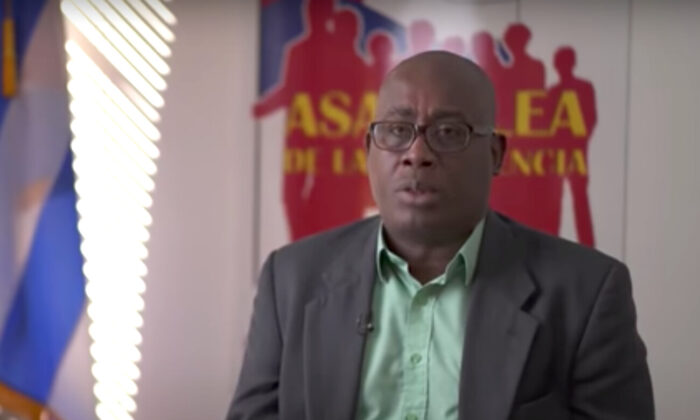 Jorge Luis Antonis speaks about his experiences being persecuted by the Cuban regime in an interview with The Epoch Times's Crossroads program, in March 2021. (Screenshot/Crossroads, The Epoch Times)
Censorship & Socialism

After 17 years of political persecution and imprisonment at the hands of the Cuban communist regime, and having ultimately found refuge in the United States, Jorge Luis Antonis reflected on what he learned and what helped him resist oppression during a very difficult period in his life.

It was March 15, 1990. Luis was 25 years old. He and a number of others were enthusiastic about reforms and events at the time in Eastern Europe that signaled the fall of communism, such as the 1989 fall of the Berlin Wall and the impending total collapse of the Soviet Union.

That day, Luis recalled being in a public venue where a broadcast was underway showing a speech Cuban dictator Raul Castro was delivering about the upcoming Fourth Congress of the Cuban Communist Party.

“I took the opportunity to openly declare myself as political opposition,” Luis told The Epoch Times’ “Crossroads” program, in Spanish.

Since Fidel Castro came to power in Cuba in 1959, citizens were systematically denied fundamental freedoms such as speech, association and assembly, movement, due process, and privacy. By 1990, nothing had changed—civil and political rights were still a figment of the imagination.

“Back then, it was a real defiance of the regime because there was basically no opposition activists, there were no human rights groups, or independent journalists,” Luis explained. “And there, I started shouting slogans in favor of change, in favor of democracy, in favor of respect for human rights. I was beaten brutally and I was sentenced to prison, charged with ‘verbal enemy propaganda.'”

“Verbal enemy propaganda” was a criminal charge and a legal technicality used to sentence people who, in a written or verbal way, expressed opposition to Castro’s regime, he said.

The 17 years that followed for Luis were marked by immense suffering. He was sentenced many times and served in more than 10 prisons throughout Cuba.

“During those years, I suffered torture, beatings, and a great deal of mistreatment,” Luis recalled. “I still have on my body the scars and the marks of this torture where dogs bit me.”

“Cuban prisons are laboratories of torture and death. Political prisoners have to endure the most sophisticated mechanisms of torture and harassment. There are beatings, you’re denied medical attention, and there are hunger and diseases.”

He recounted: “We were subjected to perverse cruelty by the dictatorship. I was victim and witness of the most horrific acts. I saw guards smashing the heads of prisoners, literally.”

There was also the emotional suffering. “It was very painful to see the days passing by—17 years, 17 end of years, 17 Mother’s Days, 17 Christmases. And losing loved ones whom I couldn’t see again,” he said.

Despite the difficulties, Luis described his experiences as “most prosperous, most fruitful.”

“If I were to be born again, I would not hesitate to take the same path that led me to 17 years of prison,” he said, adding, “It was a very important period of my life and I don’t regret any of it.”

At times, Luis didn’t know how he would make it. “On many occasions I thought I would die in prison. But I thought there were principles and goals that were far more important than myself. And I think it was worth it.”

He felt his and other prisoners’ resistance played a role in “opening up the path to freedom,” in part by exposing the cruel conditions perpetrated by the Cuban communist regime.

“When I first became a prisoner, the world was virtually not listening, many mainstream media were silent, many foreign affairs departments ignored the situation in Cuba,” Luis recounted. “A satisfaction I have now is that thanks to the efforts we made, that those before me made, and others are making now, the world now knows about this hard situation, how there are political prisoners in Cuba, and the viciousness and tortures these brave men and women are subjected to.”

“We kept faith, conviction, and [the] steadiness of the ideals that we were fighting for and believed that they were worth so much sacrifice, and that people would be grateful for its freedom,” he said.

Luis described the prison as both a civic battleground and a school. “A school where I learned to understand human nature, where I learned the value of friendship and loyalty,” he reflected. He had met and learned from political prisoners who were motivated and would not give up on their principles.

Of his own experiences, he said he learned to overcome fear. “I learned that the pain of torture is not the end of all things,” he said.

“I wouldn’t have words right now to explain why I withstood. But I attribute it to, I believe, two words: dignity and righteousness,” Luis reflected. “I think the best way to defeat your enemy, the wickedness, the hate—it’s precisely with belief and determination.”

“The enemy hates you, despises you,” he continued. “I always thought that ‘despite his zealotry, he must know that you are right and you have dignity.’ … Even though I haven’t met the goal I fought for yet, at least I have the satisfaction that they were not able to break me down.”

Like others who have experienced living under communist Cuba, he warned Americans who may be attracted to socialist and communist ideals to learn about what communist countries like Cuba and Venezuela have gone through.

“Communism has a clear definition. As writer Eudocio Ravines defined it, ‘communism is a scam,'” Luis said, quoting the Peruvian journalist and politician. “But more than a scam, it’s a lie, a deception, a mob. It’s manipulation, it’s monopoly—absolute control over people’s lives.”

He urged Americans to defend freedom while they still have a chance.

“To the American people, to the American youth, I say: please, defend democracy, safeguard freedom. Because once they are at stake, it will take years to recover them.”