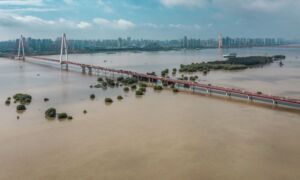 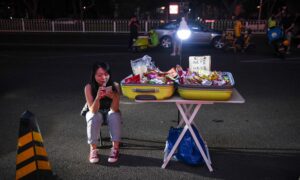 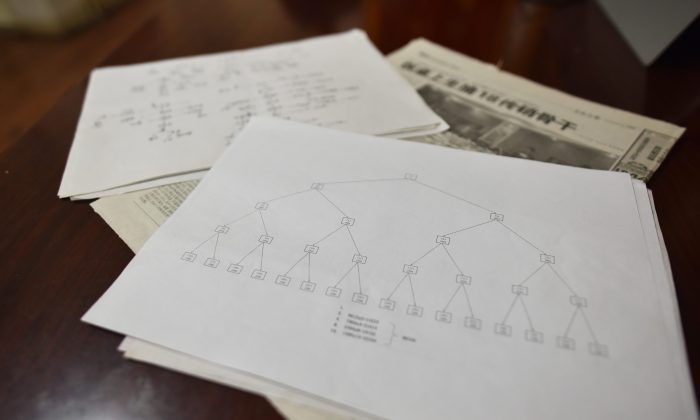 Promotional material for an illegal pyramid scheme at an office in Beijing during a police crackdown, taken on August 18, 2017. (Greg Baker/AFP/Getty Images)
China Business & Economy

How a Massive Pyramid Scheme in China Defrauded Millions

A pyramid scheme in China has been revealed to have ensnared millions of investors, who have jointly lost 30 billion yuan (about $4.7 billion) in investment capital.

Back in December 2017, Zhang Xiaolei, founder of online platform Qianbao.com, turned himself in to the police, admitting that he had been running a Ponzi scheme since the company’s founding in 2012.

A report published on Jan. 20 by the Chinese regime’s mouthpiece, Xinhua, revealed how the company defrauded its customers.

The company’s purported business model was an online platform that would reward its users for their activity on it, eventually attracting enough users to start selling advertising on the site.

Users would have to sign in and complete certain tasks, such as watching ads or filling out surveys. They would have to pay a fee in order to do them, but the company also gave a monetary reward once the task was done. The company promised 40 to 60 percent profit.

Zhang admitted that in reality, Qianbao did not work with any outside brands for advertising. The ads were randomly culled from the internet or were internal company videos. In true pyramid scheme fashion, money that new users put in was used to pay old users.

In order to attract more investors, Qianbao gave the impression that it was a grand business empire. In its promotional materials, it claimed to own 70 different businesses, covering real estate, a soccer team, a bike sharing company, and more.

But the police authorities’ investigation revealed that the reality was about 20 businesses—and their profits were far from enough to pay all the investors.

Among Qianbao’s advertised investments was a real estate project, which it boasted had a market value of 20 billion yuan (about $3.1 billion). But authorities found that the company had only spent 1.2 billion yuan (about $187 million) on the project. When a Xinhua reporter visited the proposed location of the project, the lot was mostly empty—save for two building structures that had not been fully built.

Another proposed project was a resort. Authorities discovered that the land was designated for the aviation industry and cannot be used for business development.

In recent years, dodgy pyramid schemes have sprouted up across China. In some cases, gangs hired by the fraudulent companies would pressure investors into coughing up money. Last year, several recent college graduates died under mysterious circumstances after getting involved with pyramid schemes.

Early last year, Ezubao, an online lending platform, was revealed to be a Ponzi scheme, which defrauded about $6 billion and $8 billion from 900,000 investors during its 18 months of operation.

These companies often feed on vulnerable victims who are lured by the appeal of striking it rich overnight.

On Jan. 22, about 2,000 Qianbao investors marched in the streets of Nanjing City in coastal Jiangsu Province—where the company was founded—to urge the authorities to take responsibility for their losses, according to Radio Free Asia (RFA).

One investor told the RFA that he had started investing in Qianbao after seeing high-level officials’ endorsements and state media advertisements. “We used all our family fortunes to invest in Qianbao, because we believed in the government and in CCTV [state broadcaster],” he said. “Now that we’ve put our money in, you say it is illegal. That’s why we’re demanding an explanation.”

China analyst Jason Ma previously noted in an Epoch Times interview that much of the public outrage has also been aimed at the police who, after so many tragedies, have failed to stamp out pyramid schemes completely.