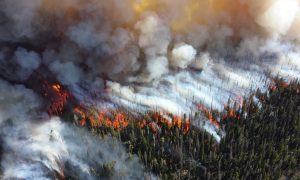 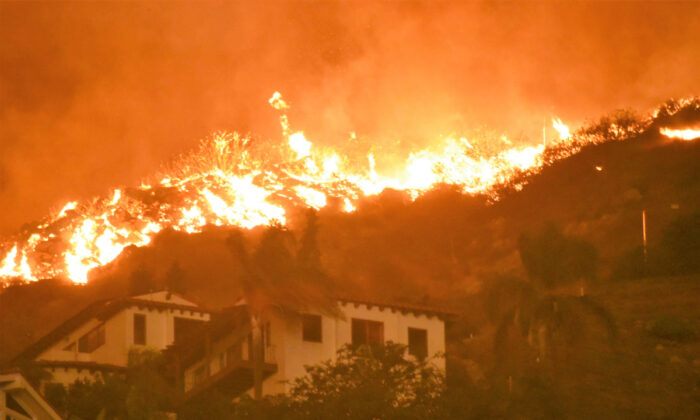 Award-winning actor Robert Kerbeck wasn’t particularly concerned when he first heard a wildfire had broken out near his home in Malibu, California, on Nov. 8, 2018. He thought the fire department would be able to contain the blaze. Little did he know it would become the most destructive wildfire in the history of Los Angeles—and that he’d be fighting to protect his home amidst the flames.

Kerbeck has lived in Malibu for the past 20 years. Despite the neighborhood’s reputation for being a sanctuary for the rich and famous, many of the residents had moved to the area long ago, when a Wild West mentality prevailed. As it would turn out, self-reliance and personal responsibility would prove critical during the fire.

When the Kerbecks first bought their wooden Victorian house, a neighbor had politely told him that he would need to prepare to save his home in the event of a wildfire. So the family purchased a firehose, a fire pump, fire retardant, and other basic firefighting equipment. Kerbeck’s wife also learned how to connect to the fire hydrant on the street.

Sure enough, the next morning the Kerbecks woke up to a smokey, dry atmosphere. Shortly after, at 7:30 a.m., the evacuation order was given.

When Robert Kerbeck looked outside, “most people were gone. It was like a ghost town,” he said.

The Kerbecks retrieved their hoses and gathered their supplies. Before they knew it they saw the fire burn over the hill and charge toward their neighborhood.

“We saw this orange glow on the horizon above our home, and that was about a half a mile away,” Kerbeck recalled. “When I saw that glow I was like, ‘wow this fire is coming here,’ and the glow got brighter and brighter and brighter. A lot of people described it as it was if a second sun was rising.”

Initially, Kerbeck and his family had decided they would stay behind. They knew that if they left during the evacuation, they wouldn’t be able to return, and also that it would only take one ember to burn their house to the ground—the fire wouldn’t even have to reach their property.

The glow became a full-fledged wildfire on the horizon. Almost instantly, you could see the houses on the road closest to the horizon engulfed in flames.

Kerbeck and his wife quickly sprayed fire retardant on their house and on all the foliage on their property. There wasn’t a single fire engine in their part of the neighborhood, and the Kerbecks were on their own.

In less than a minute, the Santa Ana winds had pushed the fire from the horizon all they way down to Kerbeck’s street. His neighbors’ houses started to catch fire, and parts of his own backyard ignited in flames.

As the fire started to approach, they got into their cars and left. But then, Kerbeck realized they had left the garden hoses running and had to return.

The winds nearly blew him off of his feet, and a fire tornado passed over him as he bent over to turn off the hose. When he got back to the car, a telephone pole dropped right in front of him and his son, which forced them to drive around live wires.

Kerbeck and his family eventually reached Zuma Beach, where Malibu residents had evacuated. It would be eight days before they would learn the fate of their home.

“That entire eight-day period we were incredibly anxious that a stray ember was going to burn our house down, and it was really a scary time to be so helpless,” Kerbeck recalled.

When the Kerbecks returned to their neighborhood, 17 of the 19 homes on their street had burned down.

Miraculously, their home had made it through the wildfire.

“We were in shock that our home survived, and for days afterwards when we got back in, people were driving around the neighborhood, I could see people drive by our house and I could see their jaws drop open,” Kerbeck said.

After the wildfire, Kerbeck published an article about the incident in the Los Angeles Times, and a publisher reached out to him and asked if he would write a book about the wildfire.

“I really wanted to show outsiders what it’s like to be inside a wildfire, and I also wanted to document the incredible heroism [of the residents],” Kerbeck explained.

While writing “Malibu Burning: The Real Story Behind LA’s Most Devastating Wildfire,” Kerbeck conducted more than 200 interviews and conducted a significant amount of research. No one had written an entire book on wildfires, he learned.

Among the great acts of bravery he describes is how Malibu resident and actor Kevin Dillon stayed behind during the wildfire and tried to save actor Nick Nolte’s home. Dillon and other residents were determined to fight the blaze.

They “drew a line in the ground,” Kerbeck said. While they were unable to save Nolte’s house, as a result of their efforts, none of the homes below Nolte’s were destroyed.

During the writing process, Kerbeck learned that the fire had started at the site of a secret nuclear meltdown that had never been cleaned up. As a result, the radioactive materials in the soil and the vegetation had been spread by the wildfire.

Another controversial topic Kerbeck discusses in “Malibu Burning” is how the fire department handled the wildfire, and if more could have been done to save the homes that had burned down.

It’s clear that ultimately, for the residents, self-reliance continues to be critical.

“The people that came out here really had a frontier mentality, a Wild West mentality, and so there are a lot of rugged individuals out here. That philosophy still remains, and it’s part of the reason why so many people stayed behind,” Kerbeck said. “They understand that this is still the Wild West, and when you live in the Wild West, if you want to save your home the only one you can count on is yourself.”

In his book Kerbeck also gives valuable advice about how people can protect their home in a wildfire.

He also recommends ember-resistant vents, which prevent embers from entering the home.

Homeowners should put any flammable materials inside their house so they don’t catch fire outside and burn the house down.