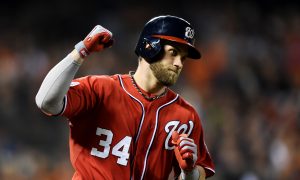 Is Bryce Harper Having the Best Season for a 22-Year-Old in the Modern Era?
0
Share Now
TelegramFacebookTweetEmailTellMeWeReddit
Copy Link 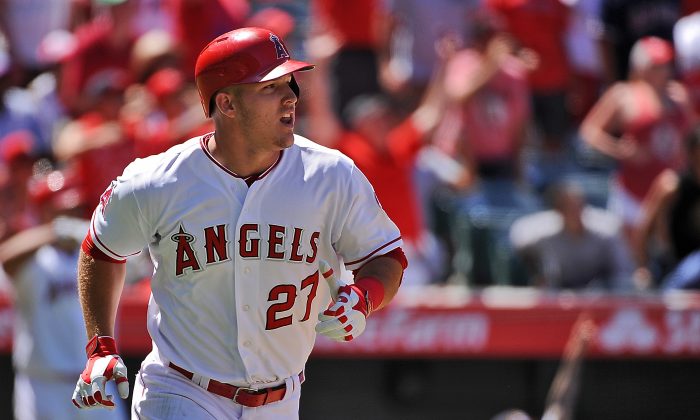 Reigning MVP Mike Trout hit a pair of home runs on Sunday night, July 26, to give the 23-year-old an MLB-high 31, breaking a tie between him and teammate Albert Pujols.

It also distances him a bit from fellow young star Bryce Harper, who at 22 is tied for the National League lead in homers with 27.

But Trout, who finished in the top two of the MVP voting in each of his first three seasons, and his now-expected elite production has been somewhat overshadowed by the exploits of the former 2010 first overall pick Harper, who entered the majors with much fanfare just two years later.

With so much success early on, it’s easy to forget that the four-year veteran Trout is the same age as Cubs celebrated rookie Kris Bryant.

Though they both became regulars in the same season (2012), Trout shot up the leaderboards much more quickly, trailing only Miguel Cabrera for the league’s top honor in both 2012 and 2013 before winning it last year.

With so much success early on, it’s easy to forget that the four-year veteran Trout is the same age as Cubs celebrated rookie Kris Bryant.

The 25th overall pick of the 2009 draft, Trout is the youngest player to be the first to 30 home runs in a season since 1993 when Ken Griffey Jr.. accomplished the feat on his way to 45 that season and 630 for his career.

Even more, his expected home run pace this year would put him at 51 for the season. Only a 23-year-old Prince Fielder, who hit 50 long balls in 2007, has joined the exclusive club at a younger age than what Trout would project to be.

But this still guarantees nothing long-term for Trout in a league where turning 30 years old generally signals the downturn of one’s career—if it hasn’t started already.

While Fielder joined the 50-club eight years ago, he hasn’t visited it since. In fact, he hasn’t hit more than 30 since 2011.

Griffey had 398 home runs through his age 29 season and then injuries ruined any chance of joining the very exclusive 700-career-home-run club. He finished with 630—the sixth-highest total of all time, but well short of catching Barry Bonds and his 762.

For this season, should Trout end up with 50 home runs, he’d likely bring home his second straight MVP, becoming the youngest to do so, putting him just days in front of Johnny Bench and Hal Newhouser.