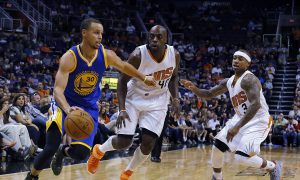 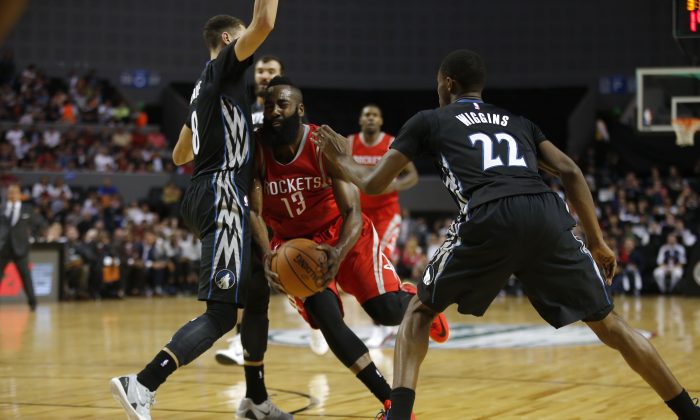 The Houston Rockets got another win on Wednesday night and the news and rumors have been coming out.

Harden Could be MVP

James Harden’s early efforts have placed him near the top of the MVP race.

Number Fire is keeping track of the top candidates with a custom metric called nERD, or a player ranking that measures the total contribution of a player throughout the course of a season, based on their efficiency.

“The league average is 0. Comparable to win shares, this ranking gives an estimate of how many games above or below .500 a league-average team would win with that player as one of their starters,” it said.

“If you wanted to argue that Harden has been the MVP of this young season, you wouldn’t find much of an argument from me. So far, he’s posted the highest nERD of any player with a rating of 24.8, while his Rockets have earned the highest nERD of any team (85.1). So, while Harden may be the best player on the number-one ranked team, there’s a way we can more effectively weigh the value of each potential MVP candidate,” it said.

“By dividing Harden’s nERD by his team’s overall nERD we can find the percentage of total nERD he contributes to his team. Harden’s nERD share, of 29.1% ranks fifth among our top five players. This is in large part due to the presence of Dwight Howard and Trevor Ariza, who also boast nERD ratings of 12.8 and 15.7, respectively. Harden may very well be the best player out of the gate in 2014, but he hasn’t been the most valuable. However, if Howard goes down with injuries as he has in the past, Harden could see a jump in value and MVP votes by the end of the year.”

“And from there, it comes down to narrative. Curry has the slight edge in both of them and has the last by a sizable gap. Curry is a media favorite. He’s a great kid and incredibly fun to watch. When his shot is dropping, it’s pure high-def entertainment. He’s the all-American boy. Even when Curry does something wrong, the media has a way of making it right. After a 10-turnover game, he posted a picture of an apple turnover on his Instagram and the media ate it up (the response, not the pastry),” it said.

“Harden, on the other hand, is viewed as a ‘ref-baiter’ who doesn’t play a lick of defense. But that’s where he can actually flip the narrative. What the media loves more than anything else is righting a wrong. It plays so well into the American maxim that hard work pays off. And Harden has been putting work into the defensive end, even if it hasn’t caught up to the average fan yet.”

It concluded that Curry is the favorite but Harden has a real chance.

Howard Discusses His Exit From Orlando

Dwight Howard opened up about leaving the Magic in a new documentary, “Dwight Howard: In The Moment.”

“We shouldn’t be losing like this. I wanted to win. And I went to management and I said: ‘Guys, I’m a player. I just want to give my two cents. I think that our coach has lost his touch with the team. Great coach, but I think he’s lost his touch, I think he’s lost his voice. And I think it’s time that you guys get a new voice,'” Howard recalled regarding asking management to make a coaching change after the Magic lost in the first-round of the playoffs in 2011, reported ESPN.

“I said, ‘I love him as a coach, but I think we need a new voice.’ … Six weeks [later], they finally respond [and say], ‘We’re gonna keep Stan.’ So I’m like: ‘OK. That lets me know how you guys feel about your leader expressing how to make the team better.'”

Howard also talked about the trade demand that soon followed.

“That summer I just thought about what I needed for my career. And when I got back [to Orlando], I let those guys know that I wanted to be traded. … I just wanted a change for myself. I didn’t want it to be done publicly. I just wanted it to happen silently. And I’d go to a new team, start fresh. Well, it didn’t happen that way. … The season comes around and they asked me to come to the office, shook my hand and they said, ‘We’re gonna trade you tomorrow,'” he said.

“The next day the trade didn’t happen, but they came out and said I wanted to be traded. And that’s when everything went downhill. And I feel like I should have came out and said some things at that point to let people know what was going on, but in that situation I really didn’t know what to do.”