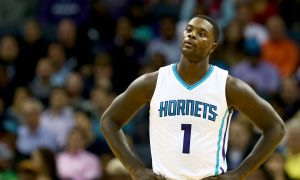 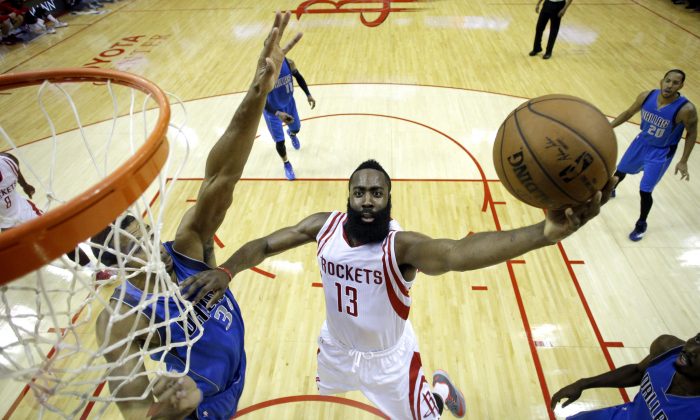 The Houston Rockets are doing great despite their injuries and the news and rumors are almost continually ramping up.

James Harden is doing it all, helping the Rockets get off to a great start despite several starters missing significant time with injuries.

He ranks second in the NBA in scoring with 25.2 points a game and the Rockets are 13-4 and in second place in the Southwest Division of the Western Conference entering Wednesday’s game against league-leading Memphis.

They’ve gone 4-2 in their last six games with Dwight Howard out with a knee strain.

Along with Howard, the Rockets are also without point guard Pat Beverley (hamstring) and forward Terrence Jones (left leg nerve damage). Isaiah Canaan filled in nicely for Beverley but now he’s hurt, too, out indefinitely with an ankle injury.

Harden’s workload has increased with so many players injured and he is averaging more than 37 minutes a game this season. Coach Kevin McHale raved about what he has done so far, but worries about overloading him.

“He’s got a lot of responsibility on him,” McHale said. “There’s a lot of nights it’s tough. He has the ball a lot creating offense for himself and for others. He’s just got to keep hanging in there and doing it. It would be nice if we could get some of these guys healthy and give him a little bit of a rest.”

Harden, who has six 30-point games this season, chuckled and shook his head when told that McHale is concerned about his workload. The 25-year-old knows there really isn’t another option right now.

“I just go out there and not worry about it and just do my job to the best of my ability,” Harden said.

“He’s doing a great job of getting everyone involved, finding people late in the shot clock, attacking the basket and making plays,” Howard said. “(He’s) been a little bit more scrappy. He’s rebounding, He’s doing everything.”

With both Beverley and Canaan out, the Rockets started 37-year-old point guard Jason Terry for the first time this season on Saturday in a win over the Bucks. He responded with a season-high 18 points and McHale hopes he can build on that performance to help take some pressure off of Harden.

Harden has been a high scorer since arriving in Houston in a trade with Oklahoma City in 2012. But this year he’s become a more complete player and has increased his numbers in rebounding (6.2 a game), assists (6.8) and steals (1.9). But perhaps more important than any of those statistics is that he’s made a conscious decision to beef up his defense after being criticized for sub-par play in that area this offseason.

Trevor Ariza, who was added before the season in part to improve Houston’s defense, has been impressed with Harden’s work defensively.

“He’s definitely putting forth an effort to get better at that,” Ariza said. “He’s the first person to say when he makes a mistake or when he slips up on an assignment … and when you call yourself out on your mistakes, that shows improvement and that you’re willing to get better and you want to get better.”

Harden has been a leader for Houston since joining this team, but seems to have a renewed focus on helping the Rockets improve this season after last year’s first-round exit from the playoffs.

“I think this past summer really helped me out maturing as a basketball player,” he said. “Not really worrying about the things I can’t control and focusing on my teammates, my coaching staff and winning basketball games. Then everything else will fall in place.”

Houston will need Harden to continue his strong start with no timetable for the return of any of the injured starters. Howard is making progress and said Tuesday that the pain in knee is subsiding, but he doesn’t know when he’ll return.

“I want to get back out there now if I could, but I don’t think it’s smart to try and rush anything,” Howard said.

Capela has appeared in one game for the Rockets this season, recording three rebounds and one assist.

Capela was selected by the Rockets with the 25th overall pick in this year’s draft.

Capela is no Howard, but The Dream Shake blog notes he’ll be better than Tarik Black and Joey Dorsey.

“Capela has the physical tools to provide what incumbents Dorsey and Black do not: rim protection, size, and length. Is he the salve that heals all wounds for the Rocket’s defense? No, but he has to be better than what they have,” it said.

“Capela has been a defensive marvel down in the D-League. Stats in the D-League leave much to be desired, but you don’t average 3.17 blocks (8.32 blocks per 36 minutes) in 14.1 minutes, only committing 1.33 fouls per game, and not be a game-changer at the rim. He’s used his length well (even if he can be pushed around down low) on the boards (18.3 rebounds per 36).

“He should be able to immediately be a force on both those accounts, but he has some room to be a Tyson Chandler-like factor in the pick-and-role. He also does a good job of sticking to the baseline for dump offs and putbacks.”