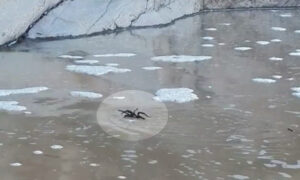 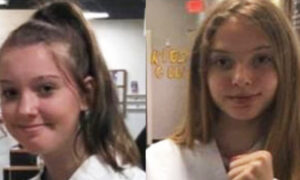 Houston police on Wednesday fatally shot a man who opened fire on a car and at a patrol vehicle, said the city’s police chief.

Chief Art Acevedo said the officer-involved incident took place at around 4:30 a.m. in Hyde Park. He called it an active shooter situation.

Acevedo said in a news conference that a male suspect shot several rounds at a Chevy Tahoe carrying three people before fleeing the scene. Acevedo said that the suspect believed the Tahoe “was a police car coming.”

When officers were dispatched, they saw the suspect holding a revolver, the chief said.

Commanders and PIO are en route to an officer involved shooting at 2500 Waugh Drive.

Preliminary information is an armed suspect who fired shots at officers was shot by an officer and taken to a hospital in an unknown condition. No officers are injured. #hounews

“As they turned the corner, the suspect fired multiple rounds at those officers, striking the patrol car” carrying several officers, Acevedo said. Negotiators then tried to speak with the suspect for about 30 minutes.

The suspect then told the police that he was “going to shoot officers and he raised his pistol.” Then, a SWAT officer shot the suspect once, and he was taken to a hospital where he was later pronounced dead, Acevedo added.

No other injures were reported in the incident.

“I’m grateful no officers or members of our community have been injured tonight,” Acevedo said.

The motive in the shooting is still under investigation. No other details were released by police.

“This suspect had fired multiple shots, multiple rounds … we’ve found casings of a 9mm firearm,” Acevedo noted, as reported by KHOU-11. “This area is going to be shut down for a couple hours.”