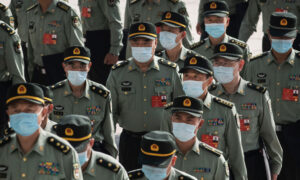 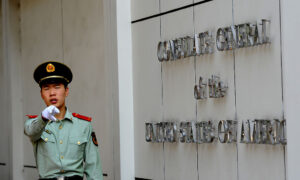 Beijing Orders Shutdown of US Consulate in Chengdu in Retaliation
0 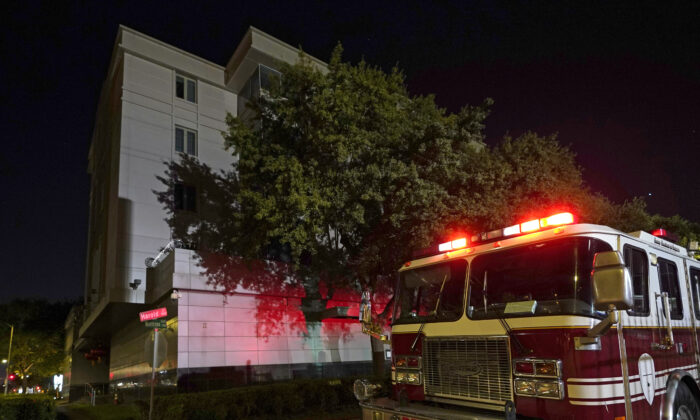 The Chinese consulate in Houston that was recently forced to close likely burned secret documents detailing spy operations and instructions from the Chinese regime’s leadership, according to a former Chinese diplomat.

This week, the Trump administration in an unprecedented move ordered the Chinese consulate in Houston to shut its doors, accusing it of being a “hub of spying and intellectual property theft.”

Local firefighters on Tuesday night responded to public complaints of a fire burning at the Chinese consulate, although they weren’t allowed access to the facility. “It appears to be open burning in a container within the courtyard of the Chinese consulate facility,” Houston fire chief Samuel Samuel Pena told local outlet KTRK at the time.

Chen Yonglin, a former senior diplomat at the Chinese consulate in Sydney, Australia, who defected in 2005, told The Epoch Times the staff was likely burning files on a range of sensitive issues from espionage operations to directives from the Chinese Communist Party’s (CCP) central organs.

He said they would have been destroying documents classified as “secret” or “confidential.” This would include reports from spies within the Chinese community; intelligence reports on overseas bodies critical of Beijing, including persecuted spiritual group Falun Gong; and internal policy documents from central authorities.

These are the kinds of documents that the CCP “would really not be willing” to have released, Chen said.

The Chinese regime has a higher classification of “top secret,” he noted, but the circulation of those documents is restricted to top CCP leaders. Those documents were thus unlikely to be housed at the consulate, Chen said.

When Chen defected more than a decade ago, he revealed that the regime had 1,000 spies in Australia. He said that Chinese consulates and embassies are mandated to influence local officials and elites. They also mobilize overseas Chinese students and members of the Chinese community to advance the CCP’s agenda.

Chen agreed with Senator Marco Rubio’s (R-Fla.) characterization of the Houston consulate as a “central node of the Communist Party’s vast network of spies and influence operations in the United States” following news of the U.S. order.

The consulate was of high strategic importance to Beijing, Chen said, because of the high-tech sectors that are based in the Houston region, including the aeronautical, biomedical, and petroleum industries. Describing the CCP as a “parasite,” Chen said the Party relies on stealing American technology in these advanced fields to fuel its technological and economic growth.

FBI Director Christopher Wray recently said the agency has more than 2,000 investigations across the country linking to China. He described the CCP’s state-sanctioned theft of U.S. technology and trade secrets as being on a scale “so massive that it represents one of the largest transfers of wealth in human history.”

In a briefing on Friday, a senior State Department official said the Houston consulate has been involved in attempts to steal U.S. research into COVID-19 vaccines.

A Justice Department official said that while it’s accepted that all diplomatic missions conduct some level of espionage activity, the operations run out of the Chinese consulate in Houston “went well over the line of what we’re willing to accept.”

According to the New York Times, David R. Stilwell, the State Department’s head for East Asia and the Pacific, said the Houston consulate “has a history of engaging in subversive behavior,” and was the “epicenter” of the Chinese military’s efforts to steal American research.

Citing a law enforcement document, the New York Times reported that FBI investigations implicated the Houston consulate in attempts to steal medical research and other sensitive information from institutions in the area; endeavors to pursue more than 50 researchers and academics to join Chinese recruitment programs designed to facilitate the transfer of sensitive research to Chinese institutions; and coercion of Chinese nationals in the United States who are wanted by the regime.