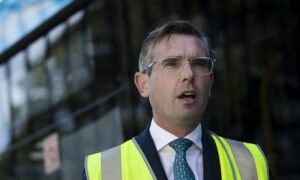 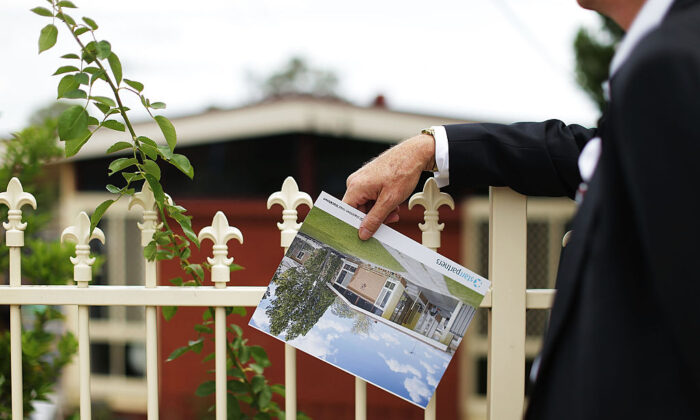 A prospective buyer looks at a property before the home auction for a four-bedroom house on Feb. 14, 2015 in Blacktown, Australia. (Mark Metcalfe/Getty Images)
Australia

News South Wales, Australia’s largest state,  needs to reform its planning system to boost the supply of houses; otherwise, the state is on track to experience large housing shortages by the second half of this decade, a newly released report by the New South Wales (NSW)  Productivity Commission argues.

The Productivity Commission White Paper 2021, entitled “Rebooting the Economy,” has made 60 recommendations to uplift the state’s long-term productivity and economic growth, which it argues will “lead to higher wages and better-quality services for everyone.”

The economic modelling provided by the 370-page report indicates that these reforms could boost the Gross State Product by two percent per annum by 2041. This amounts to an increase of $19.4 billion in today’s dollars— the equivalent of each NSW citizen over the age of 15 receiving an additional $2,000 per year.

Among the four foundations bolstering the new productivity agenda is improving housing choice and affordability, which is estimated to bring an extra $5 billion in productivity.

The paper argues that the state’s housing supply has not kept up with the state’s need since 2006 in terms of both aggregation and locations. It also notes that this undersupply is expected to double to 100,000 by 2038, with an exodus of millennials from their parents’ home. Despite the current levels showing the undersupply is not growing rapidly as fewer children are moving out of home in response due to the deteriorating affordability of housing.

Statistics quoted by the paper shows that the proportion of young adults living with their parents in NSW rose from 23.6 per cent in 2010 to 32.4 per cent in 2018, a trend unseen in Melbourne and Brisbane.

The commission blames tight planning restrictions for persistent undersupply and rising prices, arguing that over-regulation has hindered developers’ ability to build where people want to live and push up the building costs.

“One of the fundamental determinants of housing supply in New South Wales is the strict regulation of land use,” the paper states.  “The planning system applies an array of regulations to control where and how much new housing can be built. It also regulates many characteristics of new dwellings and building methods.” These strict constraints are “limiting choice and leaving people with less income to spend on other goods and service.”

In addition, a prolonged approval process also holds back the housing supply.  Statics show that some types of property developments take twice as long to be approved in NSW as the next slowest state, and the average time for approvals increased from 59 to 84 days from 2015-16 to 2017-18.

While calling for reforms to incentivise local councils to approve more housing, the commission highlighted the benefit of increasing building density, reducing minimum area requirement for apartments, and easing the car parking ratio. Other changes proposed include streamlining the approval process and setting population-growth targets for individual councils.

Property Council NSW executive director Jane Fitzgerald welcomed the White Paper, saying it is critical to acknowledge that the planning system needs to do better to address the housing affordability crisis.

“This comprehensive list of recommendations includes some important boosters set to untie the knots in the planning system and speed up processes to deliver benefit to the economy and release the homes our state so desperately needs,” Fitzgerald said in a statement.

However, some economists are not convinced that planning system reform is the key to improve housing supply and housing affordability.

Cameron Murry, a post-doctoral research fellow in the Henry Halloran Trust at The University of Sydney, criticised the White Paper recommendations as “completely misguided” for laying the blame of current high home prices at the feet of the planning system.

“Planning regulates where different types of development can occur, but the market decides how quickly to build,” Murray told The Epoch Times on June 4, citing the construction boom during the period from 2013 to 2017 and the recent record high detached home building activities following the  HomeBuilder stimulus as examples demonstrating the market dynamic.

Murry explained that the current housing boom coupled with rapid price surge is partly a cyclical phenomenon but has also been fuelled by record-low interest rates.

He holds that the private housing market alone won’t be able to address the affordability issue, as access to finance and job security still make home-buying an unequal option across the whole of society.

“One key reform, if governments were serious about offering cheap and secure housing to citizens would be to adopt a public housing provider that builds and sell new homes to those who haven’t owned a home at building cost price,” he said.

He adds that there are also ways for the public housing system to achieve cost neutrality, such as utilising acquisition powers for land, using under-utilised public land, recovering building costs from buyers and making a margin on mortgage lending.