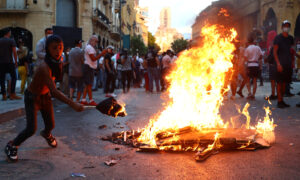 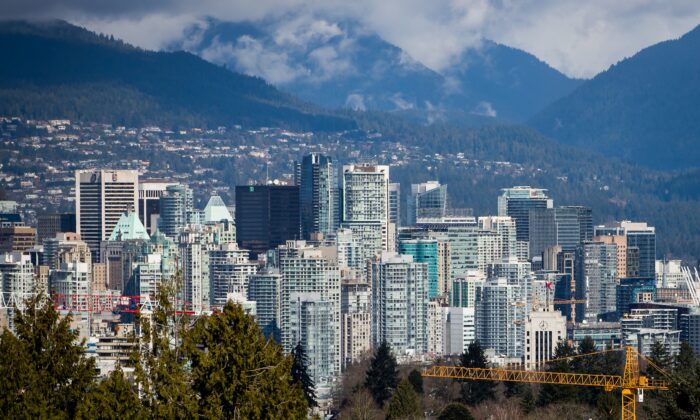 The downtown Vancouver skyline on March 30, 2018. A 2019 analysis showed that around $75 billion worth of residential real estate in the Vancouver area had ties to foreign owners. (The Canadian Press/Darryl Dyck)
Canada

Housing Sales Down Amid Pandemic, While Residents Blame Foreign Ownership for High Prices

A recent survey done in British Columbia shows the frustration many are feeling over a lack of affordable housing in large urban cities like Vancouver and Toronto, and reflects the ongoing debate over what to do to mitigate the problem in the COVID-19 era.

The survey concluded that 78 percent of B.C. residents are supportive of an interventionist policy seeking to ban foreigners from buying real estate, which has been blamed in large part for driving up housing prices.

The younger generations between the ages of 35 and 54 are the most supportive of such policies, with 88 percent in favour. There was also majority support for various measures taken by B.C. and Ontario, including implementing and increasing a foreign buyers’ tax—currently at 20 percent in both provinces—to make housing more affordable for residents.

Analysts have long debated the question of foreign ownership in relation to free market principles and the need for foreign investment on the one hand, versus citizens who can no longer afford to live in cities like Vancouver and Toronto on the other.

Steve Lafleur, a senior policy analyst at the Fraser Institute, says focusing on foreign buyers is not the answer.

“Some people assume that simply cracking down on foreign buyers will restore balance to housing markets, particularly in Vancouver,” he said in an interview.

“This is short-sighted. Suppose the government managed to ‘solve’ the problem of foreign buyers. There are a number of ways in which governments could pressure foreign owners to either sell or rent out empty units, and to stop buying units in the future. That might result in a one-time influx of units, but at the expense of heightened uncertainty around housing investment.”

The economic crisis caused by the pandemic has made politicians more worried about housing in Canada, particularly in the Vancouver and Toronto regions. In July, B.C. Finance Minister Carole James announced that housing sales had dropped by 45 percent, with prices falling by four percent between the months of February and May.

Toronto, Canada’s largest housing market, also suffered a major decrease in sales in April, down by 69 percent, according to the Toronto Regional Real Estate Board. Attributing these developments to the measures taken to contain the spread of COVID-19, the board concluded that new listings had decreased by 63.7 percent, demonstrating that the pandemic has caused a failure to “keep pace with demand.”

Justifications for policies that target foreign buyers include the fact that foreign buyers pay little to no income tax, yet are in possession of a substantial amount of the local housing market. An analysis released in early 2019 by Andy Yan, director of the City Program at Simon Fraser University, showed that around $75 billion worth of residential real estate in the Vancouver area had ties to foreign owners. He also found that of newly built condos in the Richmond area, one-in-four was owned by a non-resident.

Yan said his analysis, which he had worked on for over a decade, is the first to show the breadth of foreign ownership of real estate in the Vancouver area.

“Now that we know the extent—or an extent—of non-resident ownership in Vancouver, it does become a point of action,” he told the Vancouver Sun.

“There is this opportunity for action to understand how foreign capital is distorting our residential real estate markets and an ability and a challenge for various levels of government to engage this issue.”

New Zealand, in an effort to rein in runaway housing prices also blamed on foreign ownership, enacted legislation in 2018 that bans foreigners from acquiring real estate, with some exceptions.

Retired University of Guelph professor Jane Londerville, an expert in housing policy, says it’s “very frustrating” for those trying to enter the housing market, particularly in Toronto and Vancouver. But she says the percentage of foreign buyers in the market is presently lower, possibly due to the foreign buyers’ tax.

“One advantage of the foreign buyers’ tax is that it allows for tracking of the number of transactions done by non-Canadians, data that were not available previously. Whether because of the impact of the tax or not, the numbers are quite small,” she says.

Foreign buyers accounted for less than 2 percent of total residential real estate sales in GTA between February 2018 and March 2019, and less than 3 percent of residential sales in Vancouver between January and November of 2018.

“It seems unlikely that banning foreign buyers would have much impact on prices and could lead to retaliation against Canadians trying to buy property elsewhere—Florida for example,” she said.

Lafleur says the government should focus more on increasing the supply.

“The basic problem in housing markets experiencing decreases in affordability and availability of units is that demand has outstripped supply,” he says.

“In short, foreign buyers are largely a distraction from the core issue that some of Canada’s most desirable cities aren’t able to build enough housing to accommodate demand, and that is due in part to regulatory barriers and political opposition.”