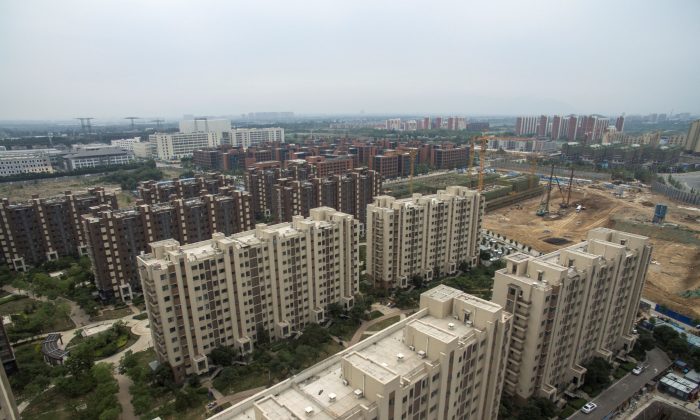 Beijing is seeking to cool an overheating real estate property market with policies that encourage investors to instead place their investments in China’s rental market. But the policy shift is causing a sharp spike in housing rental prices, leading many middle-class Chinese to complain about ever-increasing living expenses.

In 11 major Chinese cities, housing rental prices rose by an average of over 20 percent in July, compared the same month a year ago, according to an Aug. 22 article by Chinese business newspaper 21st Century Business Herald, citing data from China’s housing website CityHouse.cn.

Surprisingly, the largest increase didn’t occur in the capital of Beijing; it ranked sixth place among the 11 cities, with an increase of 21.9 percent. Chengdu, the capital of southwestern China’s Sichuan Province, had the highest uptick, at more than 31 percent; followed by 30.7 percent for Guangzhou, a port city in southern China; and 30.5 percent for Shenzhen, a southern city that borders Hong Kong.

The spike in rental prices has made life difficult for many middle- and low-income workers, according to a widely circulated online article that sparked a great deal of discussion on Chinese social media. The article discussed the experience of Mr. Huang, a perfect example of the problem.

In July 2017, China’s National Development and Reform Commission (NDRC), along with eight other government agencies, issued a joint announcement to encourage state-run and private housing rental companies to speed up their development in major cities. The announcement also encouraged Chinese real estate companies to expand their businesses into the rental market.

On July 31, China’s Politburo, a 25-member group of the Chinese Communist Party’s most elite officials, held a meeting to discuss the nation’s economic policies. One of the directives issued at the conclusion of the meeting was to further regulate the real estate market and to curb rising housing prices. Economists have long predicted that a housing bubble is set to burst if the market continues to overheat.

So far, prices are still going up in the real estate market. According to data released by China’s National Bureau of Statistics on Aug. 15, 65 cities saw prices in new housing (as opposed to homes that were resold before) increase in July compared to a month earlier, out of a total of 70 mid-sized and large cities. Only three cities—Shanghai; Nanjing, the capital of Jiangsu; and Quanzhou, a city in southern China’s Fujian Province—saw a drop.

Some people are now choosing to invest in the home rental market instead, which has led to the growth of two different types of housing rental companies.

The first type is Chinese rental apartment firms that issue rental asset-backed securities (ABS). These are similar to the real estate investment trusts (REITs) in the United States. However, the lack of rules of regulations in place for REITs in China has led to many calling China’s ABS “quasi-REITs.”

REITs, similar in concept to mutual funds, allow investors to buy shares of a company that owns a portfolio of properties, without having to buy or finance the property. Rent and income generated from these properties are in turn paid to the company’s investors in the form of dividends.

Some Chinese real estate companies have expanded their businesses into ABS. For example, in May, the Shanghai Stock Exchange gave the green light for Evergrande, China’s second-biggest real estate developer by sales, to issue 10 billion yuan (about $1.5 billion) worth of ABS linked to rental apartments, according to Mingtiandi, a real estate news website.

The second type is a traditional rental-management company. These firms manage housing units in bulk and offer renters a percentage discount in rent—if they are willing to take a lease out for a set period of time in advance, such as a year or two.

In Beijing, the competition between Chinese rental apartment firms has grown fierce, with firms trying to outbid one another for housing sources.

For example, Mr. Chen (a pseudonym), said he offered his about 4,260-square-feet residential unit to a rental housing management company after the company outbid a competitor, according to an Aug. 18 article by Chinese newspaper Southern Weekly. Mr. Chen said the company offered to rent out his place at a price of 10,800 yuan (about $1,586) per month, about 3,300 yuan (about $484) higher than his expectation.