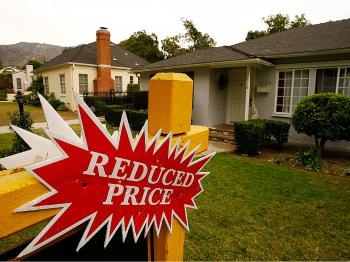 Charlotte Cuthbertson
Senior Reporter
Charlotte Cuthbertson is a senior reporter with The Epoch Times who primarily covers border security and the opioid crisis.
View profile
Follow
biggersmaller
Print
NEW YORK—Housing prices broke out of the free fall this year and eased to a less catastrophic number than the aggregated $3.6 trillion loss in 2008, according to analysis of recent Zillow market reports.

The first 11 months of this year lost $489 billion in aggregate home value, 86 percent less than last year, but still significant.

Forty-eight of the 154 markets tracked by Zillow showed gains in home values during 2009, with the Boston metropolitan statistical area (MSA) showing the largest gain of $23.3 billion. The Providence, R.I. MSA was second on the list, with a gain of $12.4 billion.

Stabilization in home values led to easing rates of negative equity in the third quarter of 2009, with 21 percent of all single-family homeowners with mortgages underwater, compared to 23 percent in the second quarter, the report said. Negative equity occurs when the mortgage owed on the property exceeds the property’s current value.

He said the government tax credit for first homebuyers and low mortgage rates were the main impetus behind a good summer for most markets.

“Unfortunately, we believe that demand will come under downward pressure as mortgage rates creep back up after the first quarter and that housing supply will experience upward pressure as the volume of foreclosures continues to remain high. Both these factors will challenge the recent stabilization of home prices."

The Los Angeles MSA was the biggest loser in home value in terms of total dollars lost (down $60.8 billion) in 2009. Chicago MSA was second (down $49.6 billion) and New York came in third (down $49 billion).

The large overall losses were due to a combination of the high number of homes in these metro areas, along with decreases in median home values, the report said.

Price reductions on homes are still high, with more than a quarter (26.7 percent) of homes seeing declining values across the top 50 areas, according to Trulia.com’s December price reduction report.

Minneapolis hit the lead with a whopping 40 percent of listed homes reducing their prices—a 9 percent, or $29.5 million loss in value for the month.

The U.S. South and West regions were among those with the lowest level of price reductions—a welcome respite as these are the areas hit hardest by foreclosures, the report said. The number of listings on Trulia also decreased by 9 percent from the previous month.

Almost a quarter (22 percent) of homes on the market in the United States on Dec. 1, have experienced at least one price cut, the lowest level since Trulia started tracking price reductions in April 2009 the Web site said.

“We saw some of the highest levels of reductions last month, as homeowners raced to sell their homes in advance of the Nov. 30 expiration of the tax credit,” said Pete Flint, founder and CEO of Trulia.

Luxury homes represent less than 2 percent of all current listings on Trulia, but are responsible for 26 percent of the $24.7 billion in home price reductions.

Luxury homes, defined as those listed at $2 million and above, have an average of 14 percent being slashed from the original asking price—compared to 10 percent for homes listed under $2 million.