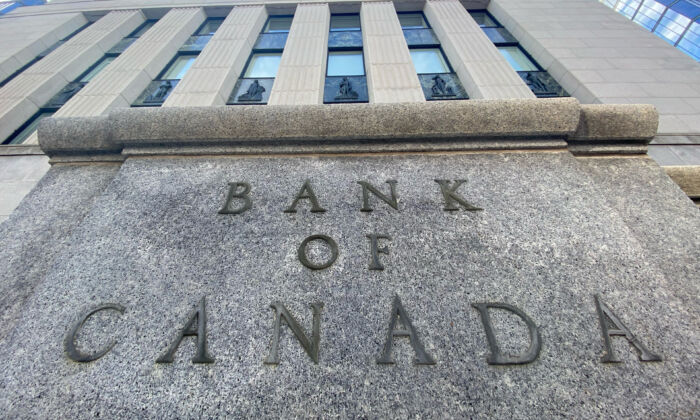 The Bank of Canada building is seen in Ottawa on April 15, 2020. (The Canadian Press/Adrian Wyld)
Canada

Due to a sharp imbalance between demand and supply fuelled by factors such as population growth and low interest rates, there will be no quick fix for Canada’s housing crisis, the House of Commons Finance Committee heard on Jan. 24.

“The overwhelming cause of the deterioration of affordability lies in a structural imbalance between the number of residents versus the number of dwellings to house,” Scotiabank senior vice-president and chief economist Jean-François Perrault told the committee.

“The very rapid pace of population growth observed since 2015 has not been matched by a commensurate increase in supply of homes, resulting in a decline in the number of homes per capita since 2016.”

Data from Immigration Canada and Statistics Canada show that from 2011 to 2016, Canada accepted an average of 202,012 new immigrants per year. From 2015, when the Liberal Party took power, and until 2021, there has been an average of 300,362 new permanent residents every year.

Perrault pointed out that Canada has the fewest homes per capita among G7 countries and that it would take close to 2 million additional dwellings to reach G7 levels.

“In our view, we will not reverse course on affordability until housing supply becomes much more responsive to demographic pressures. … The hard reality is that even in the best of scenarios, it’s likely to take years before there’s a better alignment between the population’s needs and what is available.”

He also mentioned how other federal government policies, such as pandemic response programs, have fuelled the housing crisis, but did not elaborate.

Conservative MP and finance critic Pierre Poilièvre said these programs are a major driver of inflation.

“Do you believe that the $400 billion of newly created cash that the government through the central bank pumped into the financial and mortgage markets and the resulting negative real interest rates on variable rate mortgages had an impact on the record-smashing housing inflation Canada witnessed last year?” he asked Philip Cross, a former chief economist at Statistics Canada who is now a senior fellow with the Macdonald-Laurier Institute.

“I don’t think there’s any question it had a contributing [effect] and a large role,” Cross answered. “And we’ve had an enormous amount of stimulus go into housing.”

At the same time immigration started to put pressure on demand in 2015, Cross said, the Bank of Canada lowered interest rates and that also had an impact.

“If you look at graphs of housing prices in Vancouver and Toronto, they weren’t doing anything exceptional before 2015,” he said.

“The minute we cut interest rates in 2015 and the oil boom stopped in Alberta, immigrants coming to Canada stopped going through Toronto [and] Vancouver and then on to Calgary. They just [stayed in] Toronto and Vancouver, and we saw prices in those areas start to explode in 2015, and basically it’s just continued ever since.”

Liberal MP Yvan Baker sought to counter Poilièvre’s assertion that his government’s policies have contributed to inflation. He noted multiple drivers of inflation aside from the increase of the money supply, and asked Perrault if inflation was a Canadian or a global problem.

“It’s not exclusively that, but certainly much of it as we see now is global. As we go forward, we think more of that becomes Canada-specific, less of it becomes global,” Perrault responded.

Baker also sought Perrault’s opinion on what would have happened if his government had not provided pandemic support.

“Certainly we can say that the dramatic supports being provided to households and businesses in Canada or other parts of the world are one of the reasons global demand is as strong as it is now,” Perrault answered.

Stephen Moranis, co-author of the Haider-Moranis Bulletin and a former director of the Canadian Real Estate Association, also pointed to the imbalance in housing supply and demand and the slowing speed of construction in Canada.

“We have traced data back to the early 1970s and found that our rate of construction normalized by population has declined considerably over the past five decades,” he said.

According to his research, in the early 1970s Canada was building over 10,000 new homes per million Canadians every year, but that number has fallen nearly half in the past few years, to between 5,000 and 6,000.

To address this problem, Moranis recommends streamlining land development approval processes, which involves consolidating all decision-making by relevant stakeholders from different levels of government under one roof, as part of a national housing strategy.