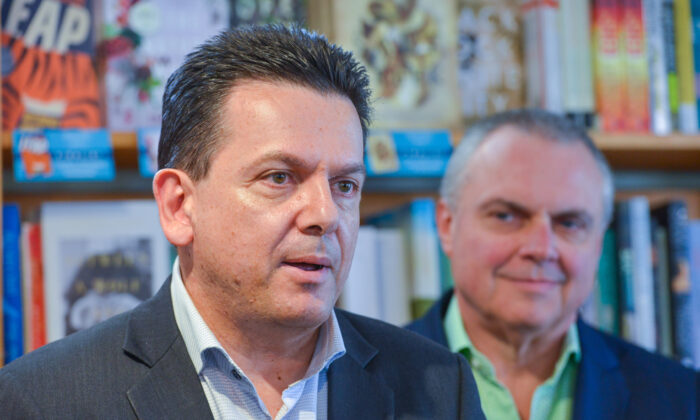 Nick Xenophon speaks to the press in the Adelaide Hills town of Stirling on July 3, 2016. (Brenton Edwards/AFP via Getty Images)
Australia

Xenophon, who is seeking a return to federal politics by picking up a Senate seat in South Australia, said such an inquiry was the “last best hope” to tackle the increasing unattainability of home ownership.

“The issue of housing affordability, the difficulty young people have in buying their first home without getting significant assistance from the ‘bank of mum and dad’ has become a real barbecue stopper,” he said on Tuesday.

Xenophon criticised the federal government’s announcement to expand the home deposit scheme, saying that it would do nothing to deal with the systemic issues involving home ownership.

“The major parties seem content to apply a band-aid on the problem, but that won’t make it easier for people to enter the first home market,” Xenophon said.

“With house prices rising in Adelaide, and around the country by almost a quarter in just a year, the issue of young Australians being able to afford to buy their own home is becoming more and more vexed, and there are policy failures all round at a local, state and federal government level.”

He said the terms of reference of a royal commission should address issues of land supply, urban design and services, revamping mortgage insurance, decentralisation, public transport and other infrastructure, and the rental market.

Xenophon resigned from his Senate seat in 2017, a decade on from winning it.

The author has written this story in a personal capacity.