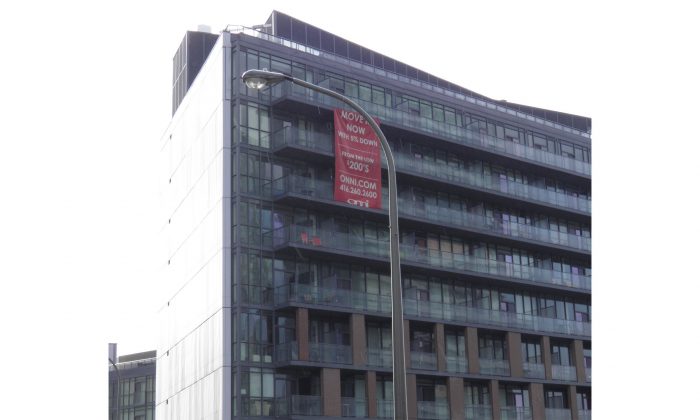 Housing Affordability in Canada Deteriorates, But Not Yet Problematic

OTTAWA—It’s becoming increasingly difficult for families to own a home in Canada and affordability is only expected to get worse going forward, according to the Royal Bank of Canada.

With house prices continuing to rise, RBC said its affordability index deteriorated in the first quarter of this year—the third quarter that has happened out of the last four—with the deterioration particularly acute in the hot markets of Toronto, Calgary, and Vancouver.

And RBC chief economist Craig Wright says keeping up with the cost of home ownership in the future is likely going to be an even bigger stretch for households.

“If prices continue to accelerate in key Canadian markets in the near term, affordability could come under pressure,” the report points out.

“The eventual normalization of monetary policy [interest rates] will lead to substantial increases in interest rates over the medium term, which could be too much for other affordability determinants to counteract,” it adds.

The affordability index measures the percentage of pre-tax household income that is needed to service the cost of owning a home at current market prices, including payments for a mortgage, utilities and property taxes. A reading of 50 percent means service costs swallow up half of a household’s pre-tax income.

In Ontario as a whole, the affordability measure of 44.9 percent for bungalows and 51.0 for two-storey homes represented a 24-year high.

Still, the affordability measure has more relevance to newer home buyers since the vast majority of Canadians will have bought their homes in the past, when prices were lower.

And there was good news in some markets. The affordability index fell 0.5 points to 36.4 percent in Ottawa and by 0.2 points to 32.9 percent in Edmonton.

The Atlantic region remained relatively soft with declines of 0.4 points to 31.2 and 25.9 percent for bungalows and condos respectively. The index rose a modest 0.2 points to 36.2 percent for two storey-homes, still well below the long-term average for the region.

Meanwhile, RBC said the erosion in affordability does not pose any immediate threat to the health of the Canadian housing market and that the Bank of Canada is not expected to begin nudging interest rates higher until the middle of 2015. Many economists don’t expect the bank to act until 2016.

Last week, Canada Mortgage and Housing Corp. predicted national home prices would continue to rise, although at a more moderate pace, this year and next. It forecast the value of the average home in Canada will appreciate 3.5 percent to $396,000 seasonally adjusted this year, and a further 1.6 percent to $402,200 in 2015.