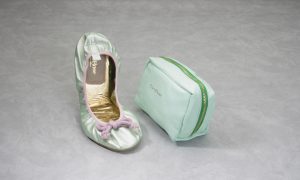 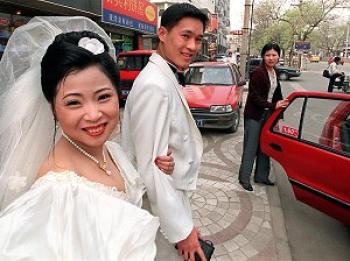 Tens of thousands are unable to marry in China due to Hukou system. (Getty Images)
China

The Long and Winding Path to Marriage in Modern China

By Quincy Yu
Print
Many young couples in China have experienced the formal custom of a wedding banquet, receiving the blessings of friends and relatives that honor them as newlyweds. While they appear for all the world to be a new family, they are however not legally married. The country’s unique and complicated hukou system (household registration system) has been preventing tens of thousands of college graduates from obtaining marriage licenses that make their unions official, in both the eyes of the law, as well as society.

The hukou system is not new; it was originally practiced in dynastic China as a form of census-taking and a means of keeping track of households. In 1958 the Chinese Communist Party adopted basic aspects of the ancient practice, adding particulars for its own expediency. Nowadays the system is under the jurisdiction of the Public Security Bureau. While the system is primarily used as a means to control and track movement between rural and urban regions, it also serves to keep tabs on its citizens in more specific ways, such as character referencing. In the 1990s, the rise in computer access saw the creation of a national database for police interface as well.

Many college graduates have what is known as collective hukou status. If a college graduate wants to work in a city other than the location where his original hukou registration is from, in most cases he can only settle with a collective hukou status in a city. Hukou documentation is retained with talent administrative centers throughout the country: facilities that answer to the Public Security Bureau.

Upon graduation from college, the graduate’s hukou registration is transferred to the area in which he seeks employment. Registrants do not have the freedom to access or transfer their own hukou record documentation. Hukou documentation is always confidential and sealed and can contain very personal information about the student which can effect career opportunities and life goals.

According to regulations of the Ministry of Civil Affairs, in compliance with China’s national birth control policy, there are two primary exemptions that allow couples to override their collective hukou status, enabling them to settle in an unproscribed city: either having immediate family in the city or owning a house there. Otherwise, they cannot legally get married, since the Ministry of Civil Affairs will not issue a marriage license without hukou documentation. Another usually less common exception is when a work unit signs and vouches for a couple.

“The right to get married is a basic human right. How is it that one isn’t able to get married, without buying a house?” Yang Lei graduated from Beijing University three years ago. She has been blocked from getting married, due to her collective hukou status and not having a homeowner’s title, according to a report by Southern Weekly in August, 2009.

Since Ms. Yang began working in Guangzhou, her hukou record documentation is on hold with a talent administration center. She once signed a document with the center, which in effect said, “as long as you provide me with my hukou record documentation to apply for my marriage license, I will transfer my hukou record [to the place where I purchase a house] within a month.” The reality is that Guangzhou’s houses are too expensive for her. Although Ms. Yang was making 8,000 yuan (approximately US$1,171.37) a month, she and her intended still could not afford buying a house there. Her request was turned down by the talent administrative center, because they saw that she had no proof of house ownership and thus would not be allowed to transfer her hukou record to a new destination.

She attempted to find ways to beat the system, but found it to be intractable. After six months, she gave up, with a plan to go back to her hometown for her wedding banquet. She said, “I’ll just skip getting a marriage license for now. It’s just too painful.”

Ms. Yang’s plight is a fairly typical example of the difficulties young college graduates can encounter when they want to tie the knot in China. With an average of more than six million college graduates across the country each year, a large number of them are working in cities other than their original hukou registration area. They therefore usually have to have their hukou records transferred from schools to talent administration centers.

With children introduced into the equation, matters can become even more problematical. Even if a couple with collective hukou status can obtain a marriage license, their child cannot be registered if the couple do not own a house, making their child a “black resident,” one whose identity is ambiguous.

Some cities in 1992 ( Beijing included) began to gradually implement a voluntary policy which specified that infants can be registered with their parents. However, many cities still retained the policy that a household with collective hukou status must own a house in order to be able to register their children.

Zhang Jian is a Hangzhou resident with a Ph. D. degree. His child has been a “black resident” since birth. He expressed that the issue has left him feeling “deeply incompetent.” The couple’s hukou record documentation has been on hold by an administration center in Hangzhou City because the family does not own a house.

Zhang told Southern Weekly, “Hangzhou’s house pricing scale is astronomical, and we can’t afford a house. We don’t qualify for low-income housing. With our collective hukou status, our child cannot be registered, and we can’t transfer our hukou registration back to our rural hometown either.”

One very tragic case occurred in early 2006. A father suffered a nervous breakdown because a son could not be registered, due to the father’s collective hukou status. He threw down his son, resulting in his death. Ironically that same year, Beijing authorities allowed children to register for hukou through their fathers, even if the father only had collective hukou status. (There is also a prerequisite that stipulates that the father’s work unit must agree to register for the child.)

According to incomplete statistics collected by Southern Weekly, talent administrative centers in Guangzhou, Suzhou, and Shenyang require that those with collective status hukou registration have their hukou records transferred to a new destination upon marriage. Many of the administrative centers in Fuzhou, Chongqing, Xi’an, Lanzhou, Harbin, Quanzhou, Hangzhou, and Guangzhou however, have a regulation that children whose parents have collective hukou status but do not own a house are not entitled for hukou registration.

Registering children for hukou is difficult in Beijing, Ningbo, and Nanjing, since it requires that work units provide permits. According to media reports, Guangzhou and Lanzhou each have more than 100,000 residents who have collective hukou status.

Li Yinghui is in charge of a large talent administration center. He told Southern Weekly that the center holds the collective hukou records of over 40,000 individuals. He said that since people with collective hukou status tend to be more transient, the system doesn’t dare to open the door to their getting married easily. The country’s hukou system and national birth control policy is very rigid, and the center refuses to be held accountable for people that break the rules. In addition, “nobody wants to move back to the rural areas, and it is also difficult to switch from an urban hukou to a rural hukou,” which means that subsequently most of those people cannot legally get married.

The talent administration center finally agreed to let more than 1,000 people get married, under the proviso that “they must work in this city and the work unit can guarantee that they do not violate the birth control policy.”

Liu Jun, a staffer for another administration center, told Guangzhou Daily that hukou records are managed by the Public Security Bureau. “We hold several hundred thousand collective hukou registration records,” Liu said. “As the birth control policy implements ironclad rules, we have a birth quota. Once people get married, it is hard to dictate birth control for people with collective hukou status. It’s very easy for loopholes to present themselves.”

Those who are not able to get married usually end up seeing their “dreams dashed.” Upon seeking advice from a talent administration center, many questions can arise: Transfer hukou to the spouse’s residence? The spouse’s work unit will not honor hukou from a non-employee. Transfer back to one’s hometown? The public security department for your hometown may not accept you. Transfer to an immediate family’s hukou? Not an option. “Rent” a hukou? It requires compliance with the owner of a house. To obtain a marriage license from the Public Security Bureau, the Ministry of Civil Affairs requires an original copy of the hukou registration, so this wouldn’t work either. Consequently, as pointed out in the Guangzhou Daily article, buying a house has become the method of last resort.

A hukou registration expert (name withheld) said, “If you have collective hukou status, no one is willing to be responsible for birth control violations, so in reality, the situation is forcing people to buy houses.”

A blogger posted an online comment, “I know that slaves were not allowed to get married on their own in the past, and they had to obtain permission from their masters. Marriage without the slave owner’s permission is illegal.”

A young woman shared her personal experience on the Internet. “I managed to get married by having my hukou record document released, using the excuse of buying a house or applying for a passport. Now my hukou record is still on hold with an administration center. I have a baby whose hukou is registered with his father, but my own hukou record still says that I am unmarried.”