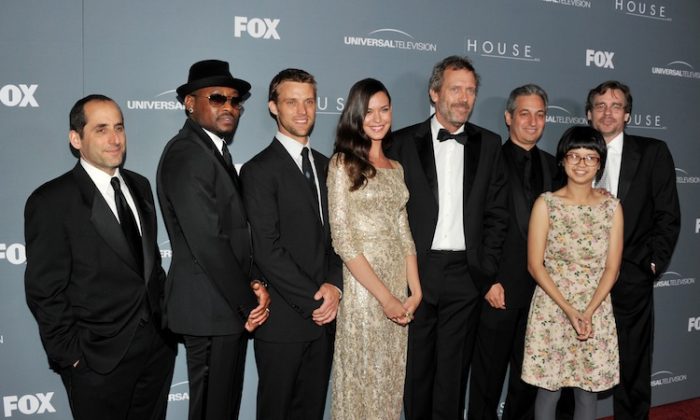 ‘House’ Wraps Up With Two-Hour Finale

After eight years and 177 episodes, “House” aired its last season finale Monday evening on Fox, divided between a retrospective and the last episode.

The big question going into the finale, titled “Everybody Dies,” was whether or not Dr. Gregory House would die. In the eight seasons of “House,” the title character had many chances to die: He had been shot, electrocuted, consumed enough drugs, been in insulin shock and cardiac arrest, and involved in an appalling bus crash.

The final hour of the eight-season series does not unfold chronologically. The episode reveals how House arrives at his precarious circumstance through flashbacks.

The episode brings back old favorites such as Sela Ward, Anne Dudek, Jennifer Morrison, and Kal Penn, which but all made the absence of Lisa Edelstein’s Dr. Lisa Cuddy more evident. Edelstein starred in every season of “House” except the last.

And House does die at last—on paper. And he is brought back to life in a way that its viewers have never seen before on the series. By the end of the episode, it is revealed to the viewers that House has in essence faked his own death so that he can spend time with Dr. James Wilson, his best friend, in the last few months of Wilson’s life as he battles with terminal cancer.

Even though House did not get to do what he loves to do the most—solving puzzles, he was last seen out in the countryside riding his motorcycle with Wilson.

“When the cancer starts getting really bad,” says Wilson, before House cuts him off.

And there it ends—a sweet episode.

“What an ending. Thank you so much for 8 years of wonderful memories,” the official Twitter page of the medical drama tweeted.

Leading up to the finale, “House” averaged a 2.34 adult 18-49 rating for its new episodes since January. Its highest rating since the beginning of this year was a 3.1 the week ending Jan. 29. Last week’s one-hour episode of House drew a 2.1 adult 18-49 rating.

Distributed to 66 countries, “House,” debuted on the Fox network in November 2004, was the most watched television program in the world in 2008. The show has received five Primetime Emmy Awards, two Golden Globe Awards, and nine People’s Choice Awards.