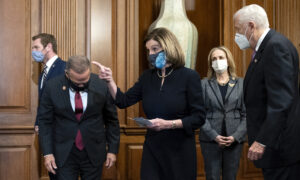 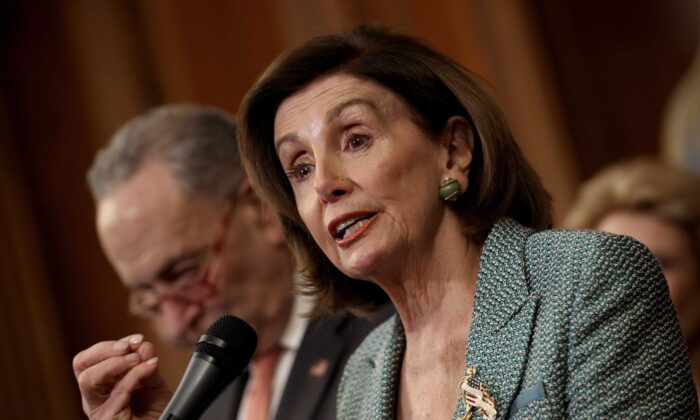 The U.S. House of Representatives voted on June 17 to repeal the George W. Bush-era authorization to use military force in Iraq, sending the bill to the Senate.

Only one Democrat voted against the measure, while 49 Republicans joined Democrats to revoke the mandate. For years, Democrats and a smaller number of Republicans have tried to revoke the 2002 Iraq War powers, arguing that the authorization was unnecessary and allowed the executive branch to keep Congress out of the loop on military decisions.

U.S. troops left Iraq roughly a decade ago, although a number of contractors and some service members remain amid attempts to quash the ISIS terrorist group that emerged in the early 2010s.

“Congress has a historic opportunity to repeal this outdated authorization and reassert its proper authority over matters of war and peace,” House Foreign Affairs Committee Chairman Gregory Meeks (D-N.Y.) said after the June 17 vote.

One of the bill’s sponsors, Rep. Barbara Lee (D-Calif.), said that Democrats are also pushing to repeal the 2001 authorization of military force in Afghanistan “so that no future president has the unilateral power to plunge us into endless wars.”

“It’s been such a long time coming,” Lee said before the vote. “It’s Congress’s responsibility to authorize the use of force, and that authorization cannot be blank checks that stay as authorizations for any administration to use the way they see fit.”

In 2001 and 2002, Lee had voted against both the Iraq and Afghanistan war power measures.

Republicans who voted against the measure expressed concern that revoking the war powers resolution would prevent the United States from swiftly responding to terrorism in the Middle East.

Senate Majority Leader Chuck Schumer (D-N.Y.) said on June 16 that he intends to bring the war repeal legislation to the Senate floor later this year. The White House said in a statement (pdf) that it backs repealing the 2002 resolution, stating that there are no ongoing military activities in Iraq.

“The Iraq War has been over for nearly a decade,” Schumer said on the floor of the Senate. “The authorization passed in 2002 is no longer necessary in 2021.”

But by terminating the Iraq war authorization resolution, Schumer said that it doesn’t mean the United States is abandoning its commitments to the country, which has been beset by war and conflict for decades. The measure also wouldn’t curb efforts to deal with ISIS terrorists, he said.

While criticizing the Trump administration, Schumer said that the former commander in chief used the 2002 resolution to carry out an airstrike against Iranian commander Qassem Soleimani.

Because of Schumer’s remarks and Democratic-led efforts to repeal the 2002 war powers resolution after the Soleimani airstrike, McCaul—the ranking Republican on the House Foreign Affairs Committee—said he believes the June 17 vote “feels like yet another political effort to undo one of President Trump’s boldest counterterrorism successes.”

A Senate committee is scheduled to take up the measure next week.