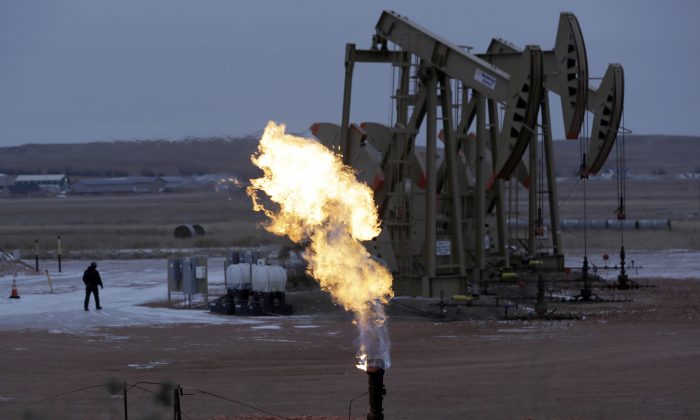 WASHINGTON—The Republican-controlled House voted on Friday to overturn an Obama administration rule that sought to reduce methane emissions into the environment.

Lawmakers voted 221-191 to roll back the Interior Department rule that had clamped down on oil companies that burn off natural gas during drilling operations on public lands. Three Democrats voted in favor of repealing the rule, which was finalized in November, while 11 Republicans opposed repeal.

Republicans argued that the rule is causing job losses in energy-dependent states across the West and is undercutting domestic energy production. The measure now goes to the Senate.

The House vote followed action in the Senate earlier Friday ending an Obama-era regulation that requires oil and gas companies to disclose payments to foreign governments for mining and drilling.

The House and Senate also gave final approval this week to a measure that eliminates a rule to prevent coal mining debris from being dumped into nearby streams.

The votes are among a series Republicans are taking under GOP control of Congress and the White House to reverse years of what they call excessive regulation during President Barack Obama’s tenure. Rules on fracking, federal contracting and other issues also are in the GOP crosshairs.

Energy companies frequently “flare” or burn off vast supplies of natural gas at drilling sites because it earns less money than oil. A government report said about 40 percent of gas being flared or vented could be captured economically and sold.

Gas flaring is so prevalent in oil-rich North Dakota that night-time flaring activity on drilling sites is visible in NASA photos from space.

Environmental groups and public health organizations opposed the rollback, claiming the new rule will reduce the risk of ozone formation in the air and ozone-related health problems, including asthma attacks, hospital admissions and premature deaths.

The oil industry has argued that new regulations are not needed for methane because the industry already has a financial incentive to capture and sell natural gas. Methane emissions have been reduced by 21 percent since 1990 even as production has boomed, according to the Western Energy Alliance, an industry group.