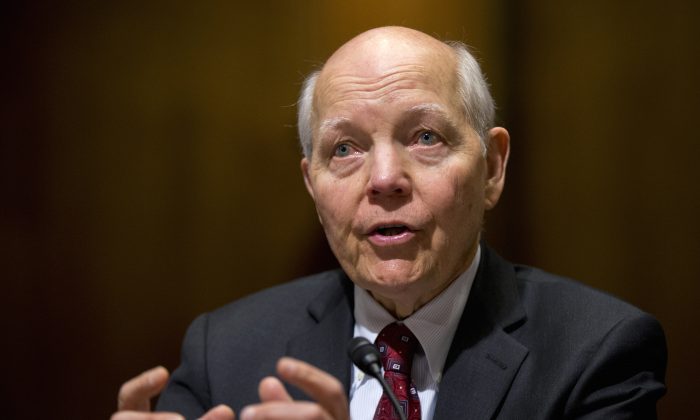 WASHINGTON—The House turned aside an eleventh-hour drive Tuesday by hard-right conservatives to impeach the IRS commissioner, with most Republicans concluding the effort could hurt Congress’ hopes of getting a fast start on President-elect Donald Trump’s agenda next year.

By 342-72, lawmakers referred the impeachment resolution to the House Judiciary Committee, in effect burying it because Congress plans to adjourn soon for the year. Judiciary panel chairman Bob Goodlatte, R-Va., has declined to endorse the impeachment effort, underscoring a belief by many Republicans that the actions by the IRS chief, John Koskinen, don’t merit removal.

There was almost no debate. But Republicans said in interviews that a House vote to impeach Koskinen—which would prompt a Senate trial that could last weeks—would slow Congress’ 2017 work on taxes and other issues and give Democrats ammunition to argue the GOP was excessively partisan.

“We’ve been given direction by the last election to get working now on a policy agenda,” said Rep. Dennis Ross, R-Fla. He said Republicans “need to look into the future.”

The conservatives, including many members of the House Freedom Caucus, have pursued Koskinen’s impeachment since last year. They accuse him of obstructing congressional investigations into IRS mistreatment of tea party groups, charges that Koskinen has denied.

When the presidential and congressional campaigns were underway, conservatives delayed their impeachment drive in September in exchange for a committee hearing at which Koskinen testified. But they abruptly forced the effort Tuesday.

An initial attempt by House Minority Leader Nancy Pelosi, D-Calif., to kill the impeachment effort failed on a near party-line vote. Minutes later, the House voted to send the measure to the Judiciary committee, with all 72 “no” votes from Republicans.

AshLee Strong, spokeswoman for House Speaker Paul Ryan, R-Wis., said in a written statement that a House vote to impeach Koskinen would have “triggered automatic consideration lasting into next year, filling up weeks of floor time and crippling our ability to hit the ground running on Trump administration confirmations and Obamacare repeal.”

“It’s done now,” Rep. Mick Mulvaney, R-S.C., who backs the impeachment effort, said after the vote. “And we get a chance to see the benefits of having the White House,” he added. “Maybe the president will just fire him.”

Pelosi spokeswoman Caroline Behringer said conservatives were trying to do “President-elect Trump’s dirty work for him” by sparing him from removing Koskinen from leading the agency Trump says has been auditing him.

Koskinen’s term expires next November, but he has said he will resign if asked by a president.

The Constitution reserves impeachment for “treason, bribery, or other high crimes and misdemeanors.”