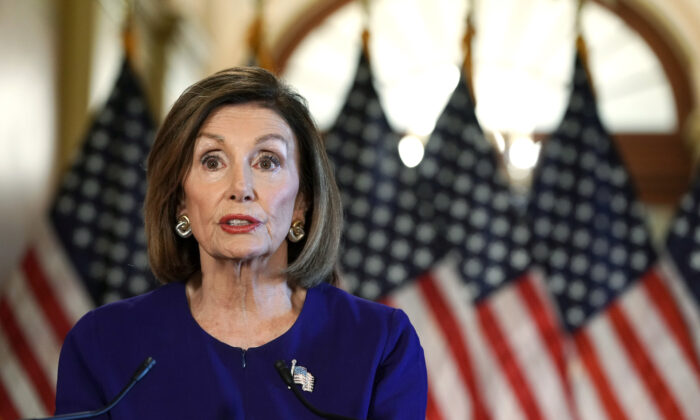 House representatives are set to take a two-week congressional break after beginning an impeachment inquiry against President Donald Trump over a phone call he had with Ukraine President Volodymyr Zelensky.

The timing of the recess has prompted Democrats and progressive groups to call on the House leadership to cancel the upcoming vacation, in order to allow Congress to move forward with the inquiry.

“Congress is about to leave for a two-week recess,” Rep. Ro Khanna (D-Calif.) said in a video posted to his Twitter, adding that Congress “should not do that.”

“The stakes are so high, we have just announced an impeachment inquiry against the president,” Khanna said.

Congress must not leave for recess tomorrow.

If we are committed to holding Trump accountable and passing something on gun violence, we have to keep working here in DC. The stakes are too high. pic.twitter.com/UGkR7p2oQJ

Democratic presidential hopeful Beto O’Rourke also called on House to cancel their recess. He wrote: “The House should cancel its break and start impeachment proceedings now. As the whistleblower made clear: Every day Trump is in office, our democracy is less safe. We can’t wait to act.”

The House should cancel its break and start impeachment proceedings now. As the whistleblower made clear: Every day Trump is in office, our democracy is less safe. We can’t wait to act.

Meanwhile, 15 progressive groups led by By the People and Stand Up America have sent a letter to House Speaker Nancy Pelosi (D-Calif.) and House Judiciary Chairman Jerry Nadler (D-N.Y.) to demand that they cancel the upcoming break.

“In place of recess, the progressive organizations are calling on Speaker Pelosi and Chairman Nadler to begin an aggressive hearing schedule, swiftly draft articles of impeachment, and schedule a vote to impeach Trump this fall,” Stand Up America said in a press release on Sept. 26.

On the other hand, House Intelligence Committee Chairman Adam Schiff (D-Calif.) does not think the break needs to be canceled. He told reporters after a hearing with Acting Director of National Intelligence (DNI) Joseph Maguire on Sept. 26 that lawmakers will continue working during the recess.

“We’ll be working through the recess,” Schiff said. “The complaint gives us a pretty good road map of allegations we need to investigate. There [are] a whole host of people apparently who have knowledge of these events that the whistleblower makes reference to.”

The handling of the complaint sparked controversy in Washington after the Office of the Director of National Intelligence (DNI) failed to comply with demands from the House Intelligence committee to hand over the complaint to Congress. According to the redacted complaint, the so-called whistleblower filed it after receiving information the person thought showed that Trump was “using the power of his office to solicit interference from a foreign country.”

House Republicans slammed Pelosi’s decision to go forward with the inquiry before reviewing the transcript or the complaint.

“She put this country in harm’s way when it comes to national security and our view around the world,” House Minority Leader Kevin McCarthy (R-Calif.) said in a news conference on Wednesday. “At the exact same time, the leader of our country is sitting in the U.N. meeting with other world leaders—a challenge with Iran, a challenge with China, and others. And she stands before that she’s going to do a press conference all day long to say what’s going to happen with impeachment.”

“And she claims that he violated the law with no proof, with no information, simply the fact that she did not like the outcome of the [2016] election. That questions her ability to even be speaker in my eyes,” he added.

In reaction to the announcement, Trump called the inquiry another “witch hunt” and that Democrats were driven by “hatred and fear.”

“There has been no President in the history of our Country who has been treated so badly as I have. The Democrats are frozen with hatred and fear. They get nothing done. This should never be allowed to happen to another President. Witch Hunt!” he said in a Tweet on Wednesday.

Later in the day, while speaking to reporters Trump said he tried speaking to Pelosi about gun laws but said she didn’t appear interested.

“She’s lost her way. She’s been taken over by the radical left.  She may be a radical left herself, but she really has lost her way. I spoke to her about guns yesterday. She didn’t even know what I was talking about. She’s not interested in guns,” Trump said.

“I’ll tell you what: Nancy Pelosi is not interested in guns and gun protection and gun safety. All she is thinking about is this. She’s been taken over by the radical left, the whole Democrat Party. And you take a look at what’s happening in the media today. The whole party is taken over by the left,” he said.