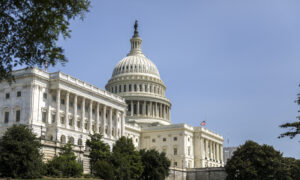 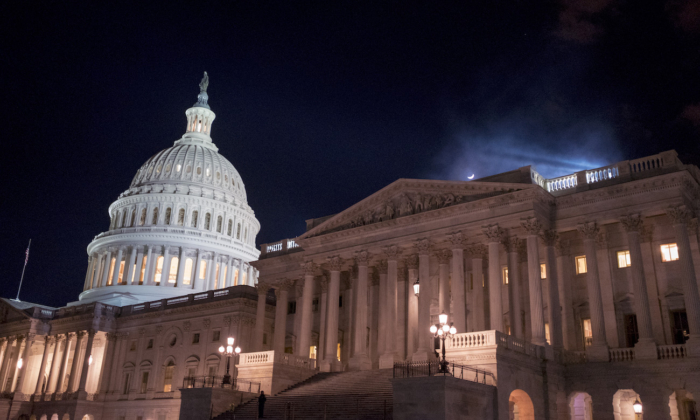 The House passed the bill (pdf), known as a continuing resolution, by a vote of 320-60. The Senate also later voted in favor of the measure. President Donald Trump later signed the bill into law to enable funding to continue through midnight on Sunday.

Without the bill, funding would have expired by midnight and resulted in a partial but low-impact shutdown of the government. All federal workers considered essential would still be working.

The bill could have been stopped by a single senator voicing an objection, but the most likely Republican to do so, Sen. Josh Hawley (R-Mo.), earlier announced he would not block the bill after being reassured that direct payments for individuals were included in the broader measure.

The latest House vote indicates that lawmakers are struggling to come to a consensus on a $1.4 trillion omnibus appropriations bill that outlines funding for every agency in the 2021 fiscal year, as well as COVID-19 relief, which is expected to be attached to the $1.4 trillion spending bill.

Sen. John Thune (R-S.D.), the chamber’s No. 2 Republican, said that agreement was coming together, but disagreement over the rules surrounding rules for the Federal Reserve was a major hurdle. He told reporters at the Capitol that the issue is “a very big priority” for House members.

This disagreement centered on Sen. Pat Toomey’s (R-Pa.) provision that would close down more than $400 billion in Federal reserve lending programs. The lending powers were established under a COVID-19 relief bill in March, intended to soften the economic blowout due to the CCP (Chinese Communist Party) virus-related lockdown measures.

Treasury Secretary Steven Mnuchin is shutting down the programs at the end of December, but Toomey’s language goes further to say that the Federal Reserve would be barred from restarting the lending next year.

Other issues holding up the spending bill touch upon how much relief to provide for art venues that were closed due to COVID-19 restrictions, as well as another dispute about whether to increase reimbursements from the Federal Emergency Management Agency to local governments for items like personal protective equipment for schools.

Senate Majority Leader Mitch McConnell (R-Ky.) said talks were still productive and that the Senate would remain in session through the weekend if necessary to reach a deal.

“I am even more optimistic now than I was last night that a bipartisan, bicameral framework for a major rescue package is close at hand,” he said.

The $908 billion relief package was unveiled with bipartisan, bicameral support.

Negotiations have played out for months but so far no deal has been reached on what would become the second major COVID-19 relief package, after the landmark CARES Act of some $1.8 trillion in aid passed in March.

A key breakthrough occurred earlier this week when Democrats agreed to drop their much-sought $160 billion state and local government aid package in exchange for McConnell abandoning a key priority of his own—a liability shield for businesses and other institutions like universities fearing COVID-19 lawsuits.