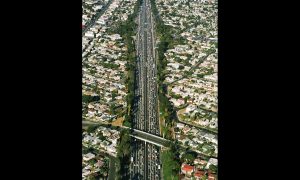 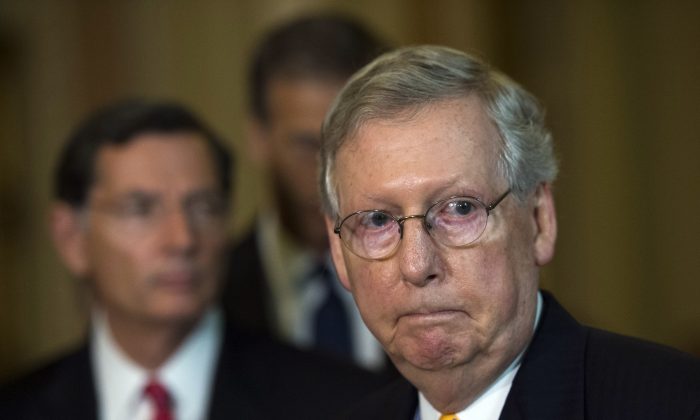 WASHINGTON — The House and Senate are moving toward passage of a three-month patch to keep federal highway and transit aid flowing to states while lawmakers seek the right mix of policy and revenue to achieve a long-term transportation deal.

The House is expected to take up the short-term, $8 billion bill on Wednesday before leaving town for Congress’ August recess. The Senate plans to take up the House bill later in the week, but before a midnight Friday deadline when authority for the Department of Transportation to process aid payments to states will expire.

Lawmakers said they were loath to take up yet another short-term transportation funding extension â this will be the 34th extension since 2009. But Republicans and Democrats don’t want to see transportation aid cut off, and they are eager to pass an amendment attached to the extension bill that fills a $3.4 billion hole in the Department of Veterans Affairs’ budget. The money gap threatens to force the closure of hospitals and clinics nationwide.

Are Houses by the Highway a Public Health Risk?

The three-month patch puts off House action on a long-term transportation bill, adding one more messy fight to a fall agenda already crammed with difficult, must-pass legislation. Twelve annual spending bills face a Sept. 30 deadline but are being held up by a clash over the Confederate flag. Congress must also decide whether to approve or disapprove President Barack Obama’s Iran deal, and whether to pass a contentious defense policy bill that faces a veto threat from the White House. Another fight is certain over raising the nation’s borrowing authority.

The $350 billion, long-term Senate bill cleared a procedural hurdle on Wednesday by a vote of 65 to 35. Senate passage is likely on Thursday. The bill would make changes to highway, transit, railroad and auto safety programs, but only provides enough funds for the first three years. The bill also renews the Export-Import Bank, which makes low-interest loans to help U.S. companies sell their products overseas. The bank’s charter expired on June 30 in the face of opposition from conservatives, who call it corporate welfare.

Senate GOP leaders had hoped the House would pass the long-term bill and send it to the White House before Congress’ August. But their Republican counterparts in the House have made it clear they won’t be hurried into accepting the Senate measure.

“The House also needs to make its voice heard and put forth its own priorities for such a significant piece of legislation,” Rep. Bill Shuster, R-Pa., chairman of the House Transportation and Infrastructure Committee, said in a statement.

It has been a decade since Congress last passed a long-term transportation bill even though lawmakers in both parties generally support highway and transit aid. The difficulty has been finding the money to pay for programs in a way that doesn’t increase the federal deficit.

For decades, highway and transit programs were paid for with gas tax revenues and other transportation taxes and fees. But the federal 18.4 cents a gallon gas tax hasn’t been raised since 1993 while the cost of construction has risen. The gas tax brings in about $35 billion a year for highway programs, but the government is spending about $50 billion. Obama and many lawmakers say even $50 billion is far too little.

Congress could raise the gas tax, but lawmakers fear a voter backlash. Obama and House Republican leaders want to change corporate tax laws that encourage U.S. companies to park profits overseas and use the resulting revenue to fully pay for a six-year transportation bill.

But there is no consensus on the details of the corporate tax changes, and Senate Majority Leader Mitch McConnell, R-Ky., said he’s skeptical they “can be shoehorned into a multiyear highway bill by the end of the year.”