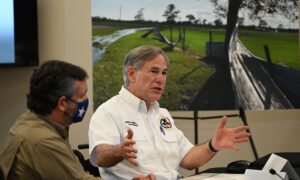 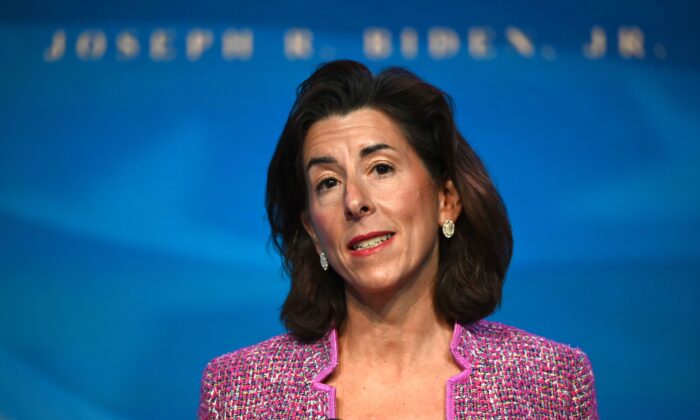 A group of House Republicans on Tuesday called on their fellow Senate colleagues to delay the confirmation of President Joe Biden’s pick for Commerce secretary, Gina Raimondo, until the president clarifies whether he backs keeping Huawei on a restricted trade list.

Rep. Michael McCaul (R-Texas), the top Republican on the House Foreign Affairs Committee, led the coalition of almost two dozen Republicans in releasing a statement that outlines the threat they say the Chinese telecoms equipment giant poses to national security.

The statement highlights the group’s concerns over statements Raimondo made during her nomination hearing before the Senate Commerce Committee on Jan. 26. She vowed to protect U.S. telecommunications networks from Chinese companies but declined to commit to keeping Huawei on the blacklist.

#Huawei is inextricably tied to the CCP and poses a national security threat. It’s beyond concerning that Governor Raimondo and the Admin have failed to commit to keeping the company on the Commerce’s Entity List. Her confirmation should be halted until we have a concrete stance. https://t.co/xb0gwH9yHt

“The fact that the Biden Administration has still refused to commit to keeping Huawei on the Department of Commerce’s Entity List is incredibly alarming and dangerous,” the House Republicans said in their statement.

“We urge those Senators who have a history of calling for Huawei to remain on the Entity List to stick to their principles and place a hold on Ms. Raimondo’s confirmation until the Biden Administration clarifies their intentions for Huawei and on export control policies for a country that is carrying out genocide and threatening our national security.”

They added, “There have been repeated, bipartisan calls to keep Huawei on the Entity List in the past, with Members on both sides of the aisle referring to the company as a national security threat.”

Huawei was placed on a trade blacklist by former President Donald Trump in May 2019. He also led a global campaign to convince allies to exclude it from their 5G networks. Washington has long said Huawei equipment could be exploited by China’s communist regime for espionage or to disrupt communication networks.

U.S. officials have pointed to laws in China that compel companies to cooperate with intelligence agencies when asked. Huawei, which was founded in 1987 by Ren Zhengfei, a former officer in the People’s Liberation Army, the military arm of the Chinese Communist Party (CCP), has denied these allegations.

There is no doubt that Huawei, a pawn of the #CCP, is a threat to our national security. The Senate should hold on Gov. Raimondo’s confirmation until the Biden Administration clarifies its intentions for Huawei and the Chinese Communist Party. https://t.co/GIQDhPJPs5

When pressed by Sen. Ted Cruz (R-Texas). on Jan. 26 on whether certain companies would remain on the blacklist, Raimondo said she would consult with lawmakers, industry, and allies and “make an assessment as to what’s best for American national and economic security.”

“China’s actions have been anti-competitive, hurtful to American workers and businesses, coercive, and, as you point out, they’re culpable for atrocious human rights abuses,” Raimondo told Cruz at the time. “So whether it’s the entities list, or tariffs, or countervailing duties, I intend to use all those tools to the fullest extent possible to level the playing field for the American worker.”