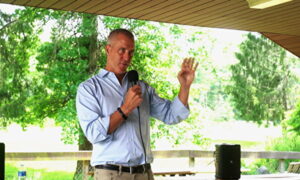 We Stand for Human Rights for Falun Gong and for Others: US Congressman
0
Share Now
TelegramFacebookTweetEmailTellMeWeReddit
Copy Link 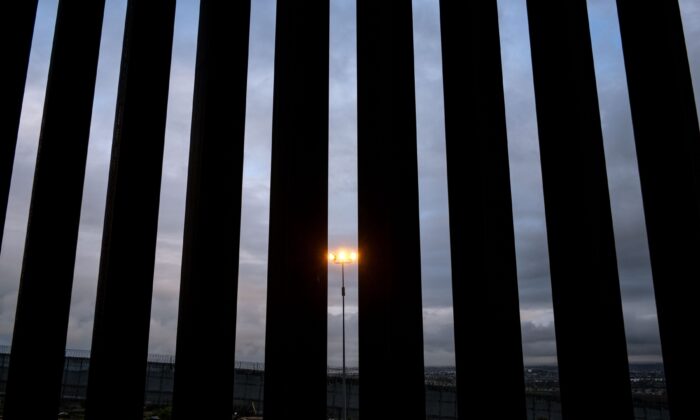 Two dozen House Republicans are urging President Joe Biden to reject calls from congressional Democrats to include amnesty for some illegal immigrants in their $3.5 trillion budget reconciliation package.

“Including amnesty for millions of illegal aliens in this reconciliation package further exacerbates and incentivizes Biden’s raging border invasion, converting it into a permanent crisis,” Rep. Bob Good (R-Va.), who led the GOP contingent, said in a letter to Biden (pdf).

“Using reconciliation circumvents any objections to amnesty,” Good said in a statement. “My letter urges President Biden to stop pandering to the radical left and put the safety and security of the American people first.”

Last week, Democrats on the Senate Budget Committee said they reached an agreement on a $3.5 trillion package that they will try to pass through the budget reconciliation process via a simple majority, sidestepping the need for any Republican backing. The package—which is separate from a $600 billion bipartisan infrastructure measure—contains many provisions backed by President Joe Biden, including on climate change, expanding Medicare, and plans to address “human” infrastructure.

After Democrats announced the agreement, Rep. Pramila Japayal (D-Wash.) said during a press call reported by Fox News that the budget reconciliation resolution would include a pathway to citizenship for “Dreamers, TPS [Temporary Protected Status], essential workers, and farmworkers.”

“Dreamers” refers to people who fall under the Obama-era Deferred Action for Childhood Arrival (DACA) program, which granted deportation protection to those who entered the United States illegally as children.

People who fall into the TPS category are those who come from countries considered unsafe for them to return to for reasons such as ongoing armed conflicts or humanitarian crises.

Earlier, Democrats appealed to Biden to include a pathway to citizenship for millions of immigrant essential workers who entered the country unlawfully in his proposed American Families Plan, urging him in an April letter (pdf) to incorporate the Citizenship for Essential Workers Act (pdf) into his plan.

While the Democrat-controlled House passed two immigration bills in March that would provide a pathway to gaining legal residency status and a chance at citizenship, those efforts have stalled in a divided Senate.

Biden, who backed both the Dream and Promise Act (pdf) and the Farm Workforce Modernization Act (pdf), has urged Congress to pass a broader immigration reform measure that would establish a pathway to citizenship for all of the estimated 11 million immigrants now residing in the United States illegally.

Republicans have opposed Biden’s immigration reform efforts, arguing that the surge in illegal border crossings should be addressed first.

“How can you pass an immigration bill when you have an open border?” Sen. Chuck Grassley (R-Iowa) said at a March press conference at the border. “If they want to accomplish anything on immigration and I want to help them, it would be securing the border.”

In June, nearly 190,000 illegal immigrants were apprehended along the U.S.–Mexico border, according to U.S. Customs and Border Protection.

The White House didn’t immediately respond to a request by The Epoch Times for comment on the House Republicans’ letter.