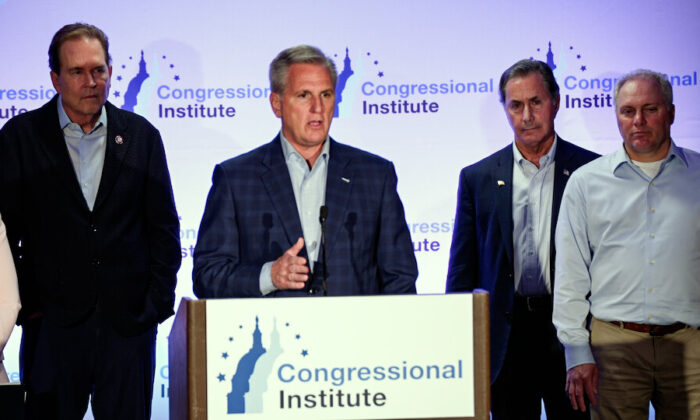 PONTE VEDRA, Fla.—In a midterm election year, House Republicans are gathered in Florida to roll out policy proposals to “change the direction” of the country as they look to regain the majority in Congress this fall.

China accountability is one of the key policy issues being discussed at this year’s GOP retreat. Republicans pledge to hold China accountable on many issues, including the origin of COVID-19.

He said the United States should take lessons from the invasion of Ukraine and apply them to protecting Taiwan from a Chinese invasion. Increasing arms sales to Taiwan is one of the proposals being discussed.

“Stop holding up weapons sales to Taiwan; let them defend themselves,” McCarthy said during a press conference.

The GOP House members expressed confidence in taking back the chamber this fall.

“Republicans are ready to lead,” Rep. Michael McCaul (R-Texas) told reporters. “If given the majority, we will tell you what our agenda is and what we will do to change the direction of this nation.”

McCaul, who leads the China Task Force, also said that the growing Russia–China ties the world is witnessing have major ramifications.

“We can’t make the same mistake of not arming Taiwan like we didn’t arm Ukraine in advance,” he said.

The Republicans also criticized Biden’s leadership on a number of other issues, including rising gas prices. Biden has been pushing back on the criticisms, blaming oil companies and Russian President Vladimir Putin for the record prices.

“It’s not just policies we will do in the majority; we will hold this administration accountable,” McCarthy said.