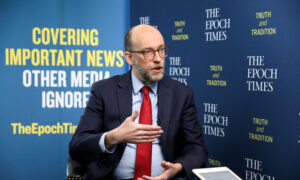 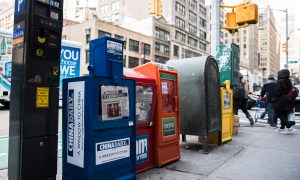 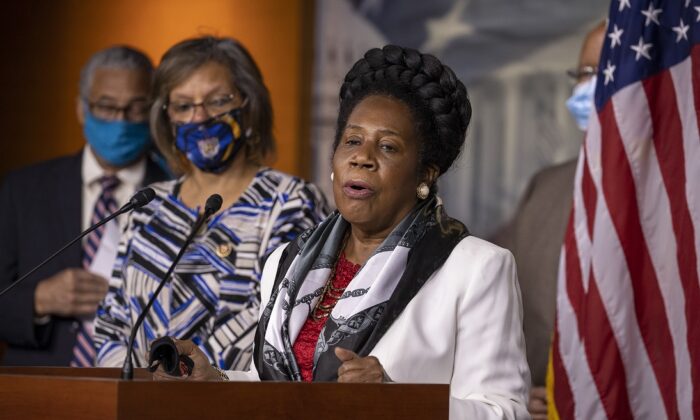 Rep. Sheila Jackson Lee (D-Texas) thinks the time is right for her proposal, H.R. 40, that would establish a commission to study whether black Americans should receive reparations for slavery.

“We now have an opportunity, through H.R. 40, to have the highest level of discussion about systemic racism and race. And we are able to do it in a manner that is bringing people together; that acknowledges that black lives matter; and acknowledges that there has to be a response,” Jackson Lee, the chief sponsor of the measure, told The Hill on June 27.

Jackson Lee told reporters during a Congressional Black Caucus (CBC) meeting the next day that House Democratic leaders have promised her the bill will be marked up and brought to the House floor for a vote this year.

House Majority Leader Steny Hoyer (D-Md.) wouldn’t give a firm date, however, for either a markup or floor vote when pressed by reporters, according to the Washington Examiner.

Jackson Lee claims the tragic May 25 death of George Floyd while being arrested by the Minneapolis police and the Black Lives Matter-led protests and violence in cities across the country are prompting increased support for her proposal among congressional Democrats.

“She’s hoping to tap that energy to bring her bill to the floor for a historic vote before year’s end,” according to The Hill.

But there’s little evidence of a recent upswing of support for the reparations proposal in Congress.

Former Vice President Joe Biden, the presumptive Democratic presidential nominee, endorsed the proposal earlier this year, and it received a flurry of interest in April, when Sen. Cory Booker (D-N.J.) introduced a companion bill in the upper chamber.

Jackson Lee introduced her proposal in 2019, but the bill has for the most part languished since then. There are 135 House co-sponsors, all of whom are Democrats.

Only eight of the House co-sponsors signed up since Floyd’s death, according to Congress.gov. On the Senate side, Booker’s version has 18 co-sponsors, also all Democrats, and only two of them signed on in 2020.

The proposal’s only legislative action was a hearing in July 2019 by the House Judiciary Committee’s Subcommittee on the Constitution, Civil Rights, and Civil Liberties. That hearing was the only congressional proceeding ever convened during the 18 years that some version of the proposal has been introduced in Congress.

The Jackson Lee bill, as with much else in Congress, was subsequently overshadowed by House Democratic leaders’ drive to impeach Trump and by efforts to deal with the CCP virus, also known as novel coronavirus.

Another measure of the slight interest in the reparations proposal is seen in the lack of congressional media activity since Floyd’s death.

Only six of the thousands of congressional news releases issued since June 1 mentioned the word “reparations.” None of the six were primarily focused on the Jackson Lee bill, according to a search on Legistorm, a widely used database of congressional information.

Only 49 congressional tweets posted during the same period mentioned “reparations,” according to Legistorm. Of those, 44 were tweets by congressional staff members, only five were by members of Congress.

Jackson Lee’s proposal doesn’t actually mandate reparations, it only establishes a 13-member commission, with members appointed by the president and congressional leaders in both houses of Congress. The commission’s charter would be “to study and consider a national apology and proposal for reparations for the institution of slavery,” according to the text.

“Congress should never set up commissions to study issues,” Darling told The Epoch Times. “It is an easy way to set up a scenario where you load up a commission with people who will come up with a pre-determined outcome, thereby providing momentum for an idea.”

Darling added that “commissions are an abrogation of the core purpose of Congress, because that is why Congress has committees to study issues themselves.”

Democratic campaign strategists interviewed by The Epoch Times, however, don’t see a problem with the commission approach.

“A commission to study the issue is a good first step. Because there are such serious gaps in our knowledge of our own history, we need to start by filling those gaps,” California-based Spencer Critchley said.

“Then we might be able to have a more useful debate about how to respond to the terrible legacy of slavery and Jim Crow, beyond the all-too-typical Us vs. Them,” he said.

Jimmy Williams, former senior economic adviser to Sen. Richard Durbin (D-Ill.), told The Epoch Times that “first and foremost, Congress should apologize for slavery. Setting up a commission to make recommendations is a perfectly fine idea if it’s purpose is to make concrete proposals and persuade Americans to support it, who, as of 2019, were 60/40 against the idea.”