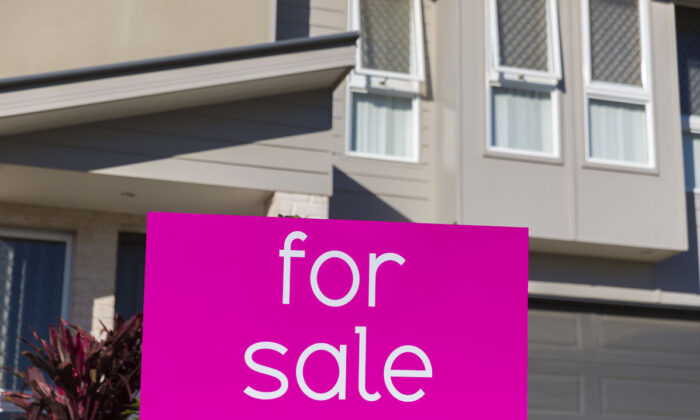 Australian house prices continued to fall as five out of eight capital cities saw a drop in prices in July, with Sydney and Melbourne leading the downward trend.

According to real estate data provider CoreLogic, Australian home values dipped by 1.3 percent in July, the third consecutive monthly drop, following a near 29 percent national surge in house prices during the COVID-19 pandemic.

However, capital city house prices were still 5.4 percent higher than in the past year, while regional prices were up 17 percent.

Among the capital cities, Sydney recorded the most significant fall in home values at 2.2 percent.

Additionally, house prices dropped 1.5 percent in Melbourne and Hobart, 1.1 percent in Canberra and 0.8 percent in Brisbane. This was the first time the Queensland capital saw a dip in home values in two years.

In contrast, Perth, Adelaide and Darwin reported a growth rate of between 0.2 and 0.5 percent.

CoreLogic research director Tim Lawless said while house price growth had already slowed down before the recent series of interest rate hikes, the housing market had gone downhill quickly since the central bank lifted the cash rate for the first time in May.

“Due to record high levels of debt, indebted households are more sensitive to higher interest rates, as well as the additional downside impact from very high inflation on balance sheets and sentiment,” he said.

Economists predicted the Reserve Bank of Australia to raise the cash rate by 0.5 percent to 1.85 percent at the board meeting on Aug. 2 after annual inflation hit 6.1 percent in the June quarter, the highest rate in 20 years.

Lawless said the drop in house prices in July was comparable to the start of the global financial crisis in 2008 and the recession in the early 1980s.

He also mentioned that Sydney experienced the sharpest fall in house prices in nearly 40 years.

While regional New South Wales saw the most significant drop in home values at 1.1 percent, regional South Australia led the country with a 1.1 percent growth in house prices.