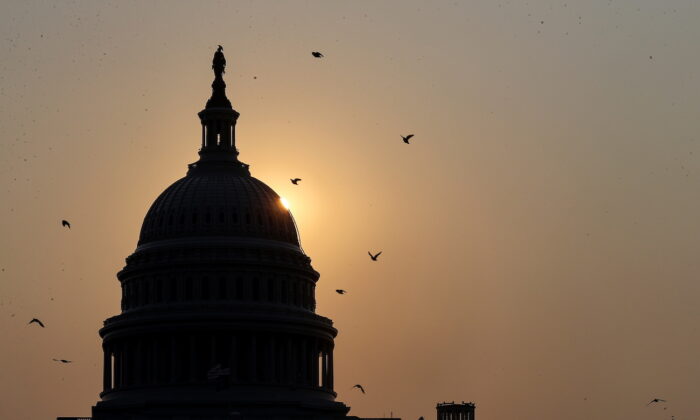 The Democratic-controlled House of Representatives on Thursday passed its version of a $768 billion defense policy bill for the 2022 fiscal year.

The vote was 316 to 113 in favor of the National Defense Authorization Act, or NDAA, which sets policy for the Pentagon on a number of areas including from how many rifles and ships it should purchase to soldiers’ salaries to how best to approach geopolitical threats.

The annual defense authorization bill, which still needs to be negotiated with the Senate, directs the Pentagon to outline how it will continue to evacuate American citizens and Afghan allied personnel left behind in Kabul following the Taliban takeover last month.

The legislation also directs defense and intelligence officials to detail how to protect the country against potential terrorist threats, now that the United States no longer has a presence in the country.

President Joe Biden withdrew all remaining U.S. troops from Afghanistan before a self-imposed Aug. 31 deadline. The Biden administration has received widespread criticism for how it handled the pullout.

The Senate’s version of the defense policy bill for fiscal year 2022 was introduced by Sens. Jack Reed (D-R.I.), the chairman of the Armed Services Committee, and Jim Inhofe (R-Okla.), ranking Republican committee member, on Wednesday.

In a memo on Monday, the House Republican Conference signaled its support for the bill.

“While President Biden is embroiled in countless national security crises, House Republicans are committed to supporting our troops and keeping America safe and secure through the National Defense Authorization Act for Fiscal Year 2022,” it said in a statement. “This is one of the most important bills we will pass in Congress as our military faces unprecedented challenges.”

“Everybody here will find something that they do not like,” House Armed Services Chair Adam Smith (D-Wash.) said on the House floor this week. “But it is also the nature of the legislative process, in this case, that we have produced a product that everybody in this House can be proud of.”

The legislation is “laser-focused on preparing our military to prevail in a conflict with China,” added House Armed Service Committee’s (HASC) ranking member Mike Rogers (R-Ala.).

Earlier on Thursday, the House overwhelmingly passed a bill to provide $1 billion for Israel’s Iron Dome defensive system after some Democrats tried to abandon the funding.

The bill received widespread backing from both Republicans and Democrats and passed 420–9. Eight Democrats voted against the legislation and two voted “present.” One Republican voted no.