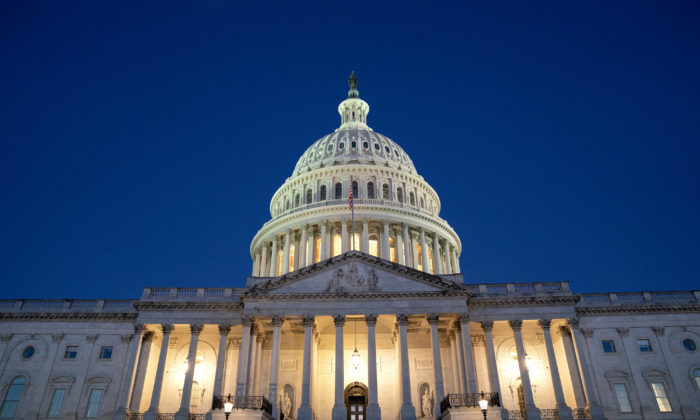 The House of Representatives voted 365–51 on Friday to extend for one month the authorization for surface transportation funding.

The funding was set to be renewed in the over $1 trillion infrastructure bill passed by the Senate, but House Democrats have failed to advance the measure as part of an impasse over the larger $3.5 trillion welfare package, which is a signature part of President Joe Biden’s agenda.

Earlier in the day, the Department of Transportation furloughed 3,700 employees due to the funding lapse. It is unclear if the furlough will be lifted for all the workers, since some of the funds in the extension bill would not be released until Oct. 15.

Biden made a rare visit to Capitol Hill on Friday in a bid to resolve the stalemate between the Democratic Party’s moderate and progressive wings. The moderates want to quickly pass the Senate-approved infrastructure bill, while progressives want to hold up the measure until a deal is reached on Biden’s mammoth $3.5 trillion welfare and climate change bill.

During a 40-minute meeting with lawmakers, Biden said the infrastructure bill could be delayed while cuts are made to bring the welfare bill’s price tag down to $2 trillion.

“It doesn’t matter whether it’s in six minutes, six days, or in six weeks. We’re going to get it done,” Biden said.

The delay on both bills compounds the pressure on several critical legislative deadlines. Congress has until about Oct. 18 to raise the nation’s borrowing limit beyond $28.4 trillion, according to an estimate by the Treasury Department. Six weeks later, on Dec. 3, time runs out to avoid a government shutdown.

A bill suspending the debt limit through December 2022 passed the House on Wednesday, but Senate Republicans are likely to block it when it comes up for a vote next week.

The $3.5 trillion social welfare and climate bill is held up due to opposition by Democratic Sens. Joe Manchin and Kyrsten Sinema. Either of the two can block the bill due to the Democrats’ razor-thin majority in the Senate.