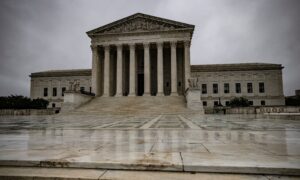 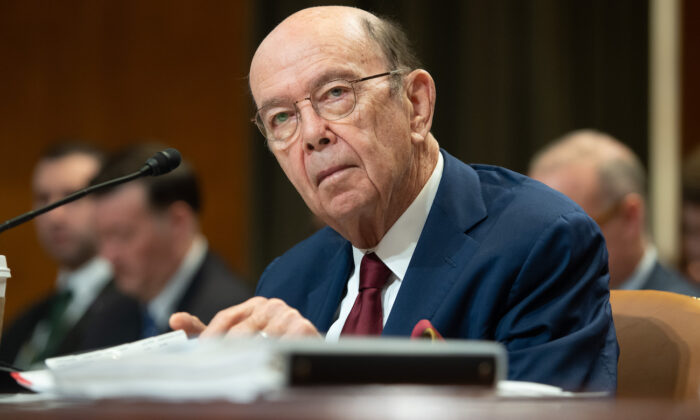 Secretary of Commerce Wilbur Ross at a hearing on Capitol Hill in Washington on March 5, 2020. (Saul Loeb/AFP via Getty Images)
Trump Administration

Rep. Carolyn Maloney (D-N.Y.), chair of the House Committee on Oversight and Reform, alleged in a Dec. 10 statement that Ross is blocking the release of full, unredacted documents she requested about the data anomalies.

Census Bureau director Steve Dillingham, in a Nov. 19 press release, acknowledged the presence of irregularities that arose during the number-crunching phase of the once-a-decade Census count, which is the basis for allocating some $1.5 trillion in annual federal spending and for divvying up congressional seats. On the same day, Maloney issued a statement calling on Dillingham to produce documents relating to the data anomalies, and cited press reports claiming that “career officials at the Census Bureau have determined that they are unable to produce an accurate 2020 Census count prior to January 26, 2021, and possibly well into February 2021.”

Maloney said in the Dec. 10 statement that while Ross has made two document productions to the Oversight Committee, they are “woefully inadequate,” included “reams of non-responsive and outdated documents,” and the documents do not address the committee’s concerns about the anomalies and their alleged resulting delays.

In a letter to Ross (pdf), Maloney said he has until Dec. 21 to comply with the subpoena.

“Your approach to Congress’ oversight responsibilities has been abominable,” she wrote in the letter. “You have repeatedly withheld documents that should have been produced as a matter of course to your Department’s oversight committee.”

“You also have repeatedly failed to inform the Committee on a timely basis of grave problems with the Census, forcing us time and time again to read about them in the press rather than from the agency you lead,” she added.

The anomalies are likely to force a delay past a Dec. 31 deadline for the Census Bureau to turn in the congressional apportionment numbers.

“The estimated date that apportionment data will be complete remains in flux,” the Census Bureau said in a press release, adding that the data irregularities affect only a tiny percentage of the records and are being resolved as quickly as possible.

Maloney said in her letter that the House committee obtained three new internal agency documents showing the Census Bureau plans to deliver the apportionment numbers to the president around Jan. 20.

“Internal tracking documents would not convey the uncertainty around projected dates and may fail to reflect the additional resources employed to correct data anomalies,” the bureau said in response to the committee’s issuance of the internal documents, challenging the accuracy of the projected delay.

The Trump administration initially asked Congress earlier this year to extend the statutory deadline for delivering reapportionment totals from the end of the year to April 2021, though it later changed course and asked for the Dec. 31 deadline to be reinstated.

A Commerce Department spokesperson told The Epoch Times in an emailed statement that, “while we are not surprised by the House Committee on Oversight and Reform’s political ploys, including today’s subpoena, we have continued to cooperate in good faith, proven by the more than 5,500 documents provided, 90 briefings and two hearings for the Committee and Congress this year.”

*This article was updated with a statement from the Commerce Department spokesperson.