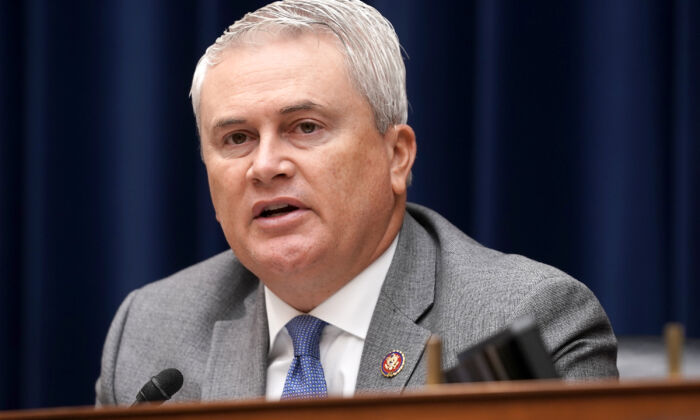 Republicans on the House Oversight Committee have cast doubt on the accuracy of the National Archives’ previous letter on its role in a raid of former President Donald Trump’s Mar-a-Lago residence in light of recent reports.

Wall’s earlier letter (pdf), dated Aug. 16, said the Justice Department has been “exclusively responsible” for the investigation into the classified documents since the National Archives and Records Administration (NARA) referred the matter to the department in January.

“NARA has not been involved in the DOJ investigation or any searches that it has conducted. Accordingly, NARA is unable to provide a briefing or any documents in response to your letter,” Wall told Comer in the letter.

However, Wall informed Evan Corcoran, a lawyer for Trump, in a May letter that President Joe Biden deferred to her on Trump’s claim of executive privilege, according to the letter first disclosed on Aug. 22. The claim was ultimately rejected by the archivist.

The newly disclosed letter shows “robust negotiations” between the NARA and Trump’s attorney, the Republicans stated in the Aug. 30 letter.

“It is puzzling that you and your staff would blatantly deny the existence of such responsive documents or communications to Congress,” the lawmakers wrote. “It is implausible that there would be no internal communications by NARA employees regarding the subject matter of the letter to Mr. Corcoran, as your letter to us would indicate.”

“We request that you revisit your prior communications to Oversight Republicans and amend your prior statements as necessary.

“The Committee on Oversight and Reform is the principal oversight Committee of the U.S. House of Representatives and has broad authority to investigate ‘any matter’ at ‘any time’ under House Rule X,” the lawmakers wrote.

In the first of such efforts, the panel’s Republicans wrote a letter to Wall on Aug. 10 demanding the scrutiny of NARA’s involvement in the FBI’s Aug. 8 raid of Trump’s home in Florida.

“The Biden Administration is continuing to weaponize the FBI against political rivals,” the lawmakers wrote. “To better understand the circumstances and NARA’s role, if any, in the FBI raid, Oversight Republicans request an immediate briefing on this matter.”

NARA didn’t respond to a request from The Epoch Times for comment by press time.