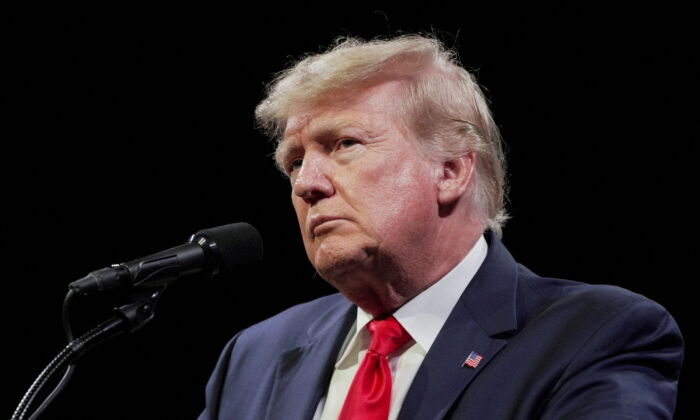 The Democrat-led House Oversight Committee announced Thursday that it reached an agreement with former President Donald Trump’s attorneys and required his accounting company to hand over his financial records to the panel.

“After numerous court victories, I am pleased that my Committee has now reached an agreement to obtain key financial documents that former President Trump fought for years to hide from Congress,” House Oversight Chairwoman Rep. Carolyn Maloney (D-N.Y.) said in a statement Thursday about the deal.

It means, according to Maloney, that accounting firm Mazars USA will hand over “critical documents” that will “inform the Committee’s efforts” in its investigation into Trump. Maloney did not provide any more details, including the contours of the settlement, and Trump’s team has not yet issued a public statement on the matter.

“Under the agreement reached by the Committee, former President Trump has agreed not to further appeal the D.C. Circuit’s ruling, and Mazars USA has agreed to comply with the court’s order and produce responsive documents to the Committee as expeditiously as possible,” the Oversight Committee said in the statement.

The Epoch Times has contacted Trump’s team for comment.

The announcement of the settlement appears to bring an end to a long-running legal dispute between Trump and House Democrats over his finances. The Oversight Committee, starting under Rep. Elijah Cummings (D-Md.) before his death, has attempted to gain access to the financial records since early 2019 when Trump was still in office.

In July, the Washington, D.C. Circuit Court of Appeals issued a ruling (pdf) upholding the House Oversight subpoena of the 45th president’s financial records. However, that order narrowed the Democrats’ request and said the subpoena needs to be revised.

Trump’s attorneys last month asked the full D.C. Circuit Court to rehear the case. However, the request was withdrawn after his team came to an agreement with the Oversight Committee, his lawyers said (pdf) Wednesday in a court filing.

Attorneys from the law firm Consovoy McCarthy, representing Trump, told a federal appellate court about the settlement agreement on Wednesday.

“In light of the panel’s opinion, Plaintiffs, Mazars, and the Committee reached a settlement of this case on August 30, 2022,” the filing said. “Plaintiffs hereby withdraw their petition for rehearing en banc.”