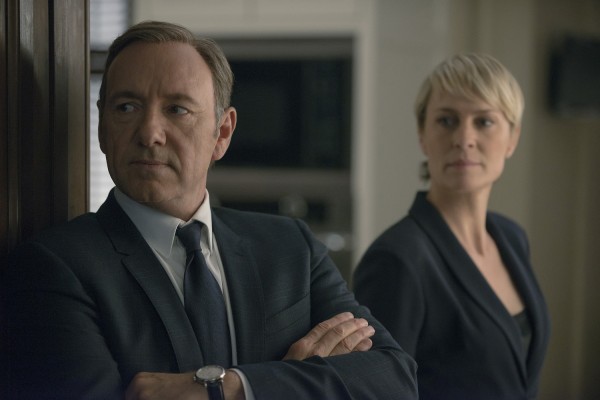 House of Cards Season 3 Release Date: Netflix Show Renewed; Coming in 2015, But When?

House of Cards has been renewed for season 3 but no premiere date has been announced as of yet.

There’s many theories out there, including that the show will hit Netflix in February 2015. Because season 1 was released on February 1, 2013 and season 2 hit the streaming service on February 14, 2015.

However, Bustle notes that Orange is the New Black came back in 11 months, perhaps giving hope to viewers that House of Cards may return sometime in January.

The blog also posits that the Emmy Awards could actually push back the release date, though.

“Depending on whether or not Kevin Spacey or Robin Wright pick up any statues this year, that could definitely affect the return of House of Cards’ third season. If they do win, it seems more likely that the showrunners would push back the third season to be both pains in the asses and to create even more buzz,” it said.

“My guess? I think House of Cards will return, unfortunately, later in 2015. Although we’ve come to expect the dark show as a February fixture, I think the sinister possibilities of a world where Frank Underwood is president will allow Netflix to make us wait just a little bit longer.”

The pushback would be at least partially explained by a delay in production because of a tax credit bill, as reported earlier this year in Deadline.