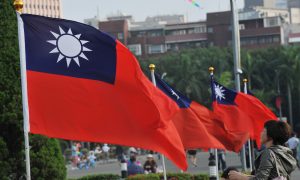 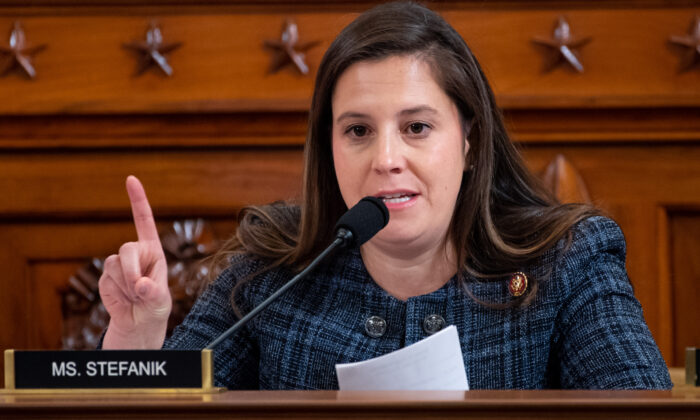 More than 20 Republican House lawmakers have sent a joint letter to the White House, calling on President Joe Biden to prioritize cooperation with U.S. allies on emerging technologies in order to confront threats posed by the Chinese Communist Party (CCP).

Beijing has sought to dominate these fields, especially by compelling Chinese private companies and universities to support its military development under a strategy called “military-civilian fusion.” Former Secretary of State Mike Pompeo has warned that the strategy also included theft of intellectual property.

“The CCP’s model of state-backed capitalism and civil-military fusion allows China to make significant investments and advancements in these critical technologies,” said Elise Stefanik (R-N.Y.) in a Jan. 27 press release.

“it is critical that the United States cooperates with our allies to scale the development and deployment of these emerging technologies in order to challenge China’s goal of total global technology leadership and tech authoritarianism.”

During the Trump administration, the Pentagon identified 44 Chinese companies as having links to the Chinese military, including telecom giant Huawei and semiconductor chipmaker SMIC. In November last year, former President Donald Trump issued an executive order banning U.S. investment in these companies.

In the joint letter, the lawmakers asked the Joe Biden administration to take action to protect U.S. economic and national security interests, such as by prioritizing issues regarding Chinese technologies at summits of the Group of Seven (G7), as well as within the North Atlantic Treaty Organization (NATO).

The next G-7 summit will be held in June in England, which holds the group’s rotating presidency this year. U.K. Prime Minister Boris Johnson has also invited Australia, India, and South Korea as guest countries to the summit.

Japan, South Korea, and Taiwan house the biggest semiconductor chipmakers outside of the United States.

The letter called for the administration to promote “the development of an allied network to encourage cooperation among tech companies in allied states to scale emerging technology advancements.”

The lawmakers also called on the Biden administration to coordinate with allies and like-minded states to “advance fair and ethical technology standards at international standards-setting bodies.”

The Chinese regime has heavily invested in its standard-setting efforts, seeking to promote its own technology standards at international standards bodies such as the ISO.

In December last year, the Chinese Standardization Administration and the Equipment Development Department of the Central Military Commission, China’s highest military body, issued a guideline on how to better implement military-civil fusion through setting up common tech standards.

“I strongly encourage the Biden Administration to take charge by prioritizing critical technologies, like semiconductor manufacturing, in its infrastructure plan,” McCaul said. “This includes investing in domestic manufacturing of next-generation semiconductor chips as outlined by my CHIPs for America Act.”

“We must work with our allies to ensure that our supply chain is secure and the future of technology is safely out of the hands of the CCP,” McCaul concluded.