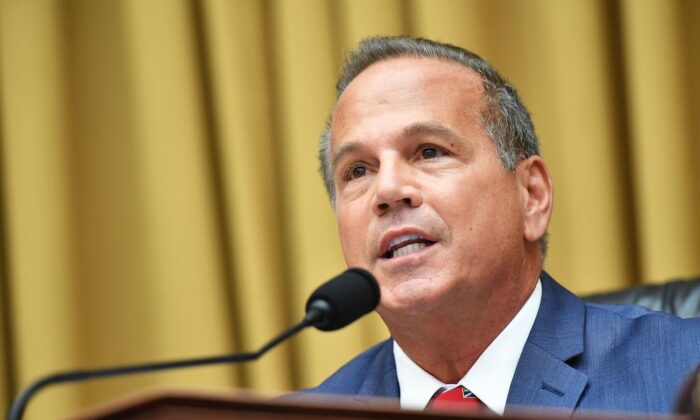 Members of the House Judiciary subcommittee on Antitrust are asking Amazon to clarify previous testimony after it appears executives lied during hearings. The bipartisan group sent a letter to Amazon CEO asking the company to clarify why a series of news reports contradict sworn testimony given by Amazon executives over the last couple of years.

“Each of these investigative reports is inconsistent with the sworn testimony and numerous statements made by Amazon’s executives to the Committee during our investigation into Amazon’s business practices last Congress,” the lawmakers wrote in their letter (pdf) Monday to Amazon CEO Andy Jassy.

In their letter, the representatives cited “recent, credible reporting” from news outlets, including Reuters, The Markup, and The Wall Street Journal on Amazon’s private-brand practices and its host of third-party seller data that contradicts testimony given by Amazon executives.

In a July hearing, Jayapal questioned Amazon head Jeff Bezos, asking him about the Wall Street Journal report and whether his company uses third-party data to bolster Amazon product sales.

“I’m familiar with the Wall Street Journal article that you’re talking about. And we continue to look into that very carefully,” said Bezos.

“I’ll take that as you’re not denying that, you’re looking into it. I will tell you a former Amazon employee in third party sales and recruitment told this committee, quote: ‘There’s a rule but there’s nobody enforcing or spot-checking, they just say don’t help yourself to the data. It’s a candy shop, everyone can have access to anything they want,’” Jayapal replied.

Monday’s letter also documents testimony given by, Nate Sutton, Amazon’s Associate General Counsel, in 2019, where he testified that “we do not use any seller data for—to compete with them,” adding that Amazon does not “use any of that specific seller data in creating our own private brand products.”

In 2019, Cicilline questioned Sutton, “Do you use consumer data to favor Amazon products?” Sutton also testified that Amazon’s search rankings are not designed to favor its own products.

“Our algorithms, such as the Buy Box is aimed to predict what customers want to buy. We apply the same criteria whether you’re a third-party seller at Amazon to that because we want customers to make the right purchase regardless of whether it’s a seller or Amazon.”

“So, you’re telling us sir, under oath, Amazon does not use any of that data collected with respect to what is selling, where it’s on what products to inform the decisions you make, or to change algorithms to direct people to Amazon products,” said Cicilline.

“Our incentive is to help the seller succeed, because we rely on them. If we did that we know they’d go elsewhere, they have many options. So, we apply the same criteria to both and we do not use their individual data when we’re making decisions to launch private brands,” Sutton stated a second time.

Last week, Reuters reported that Amazon “ran a systematic campaign of creating knockoffs and manipulating search results to boost its own product lines in India, one of the company’s largest growth markets.”

The Antitrust Committee members told Jassy they need an explanation by Nov. 1 about the discrepancies between the news reports and company testimony, specifically addressing each news report.

“At best, this reporting confirms that Amazon’s representatives misled the Committee,” the lawmakers wrote. “At worst, it demonstrates that they may have lied to Congress in possible violation of federal criminal law.”

The lawmakers said they’re also considering referring the matter to the Department of Justice for criminal investigation.