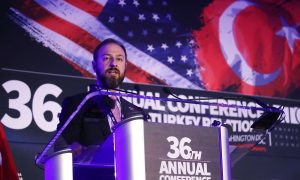 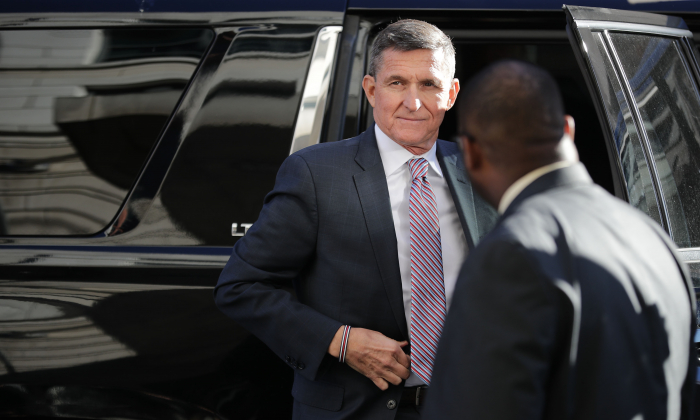 “As part of our oversight work, the House Intelligence Committee is continuing to examine the deep counterintelligence concerns raised in Special Counsel Mueller’s report, and that requires speaking directly with the fact witnesses,” the committee Democratic chairman, Rep. Adam Schiff (D-Calif.) said in a statement.

“Both Michael Flynn and Rick Gates were critical witnesses for Special Counsel Mueller’s investigation, but so far have refused to cooperate fully with Congress.”

The subpoenas call for Flynn and Gates to produce a list of documents by June 26 and to appear to testify before the committee on July 10.

In letters accompanying the subpoenas, Schiff noted that both Gates and Flynn have signed plea deals agreeing to assist prosecutors. While the deals don’t require either man to assist Congress, Schiff suggested that cooperating with lawmakers may reflect positively on the judges overseeing their sentencing.

“It would further underscore to your sentencing judge that ‘you’ve done everything you possibly can for the United States of America,’ not just the Department of Justice,” Schiff wrote to Flynn.

The subpoena to Flynn is addressed to his new attorney, Sidney Powell, a critic of the Justice Department and the special counsel investigation by Robert Mueller.

Mueller formally ended the Russia investigation, closed the special counsel’s office, and retired from the Justice Department on May 29.

The special counsel was unable to establish that Trump colluded with Russia. Mueller also declined to make a decision about bringing an obstruction of justice charge against the president.

Attorney General William Barr and Deputy Attorney General Rod Rosenstein reviewed Mueller’s evidence and determined there was no basis to bring an obstruction charge in a court of law.

When it was led by Republicans in 2018, the House Intelligence Committee completed an investigation into Russian interference in the 2016 presidential election. The committee concluded there was no evidence of collusion between the Trump campaign and Russia after interviewing 73 witnesses, reviewing more than 300,000 documents, issuing 20 subpoenas, and holding nine hearings.

Flynn’s sentencing has been postponed several times as he continues to cooperate with the government. Powell told The Epoch Times on June 12 that she will request another 90-day extension to process “a lot of information.”

Gates has been cooperating with prosecutors since his indictment in late 2017. He served as a witness in the trial against his former partner, Paul Manafort.

Both Flynn and Gates pleaded guilty to crimes unrelated to the Trump campaign.

Before regaining control of the House of Representatives, House Democrats promised to use congressional powers to investigate Trump and his associates.

The investigations have ramped up dramatically after Mueller concluded his investigation and exonerated Trump of collusion charges.

The president views the Democrats’ efforts as abuse of congressional power intended to score political points for the 2020 election.

“No Collusion – No Obstruction! Democrats just want a do-over [of the Mueller investigation] which they’ll never get!” Trump wrote on Twitter on June 10.