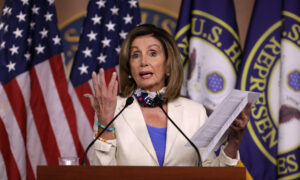 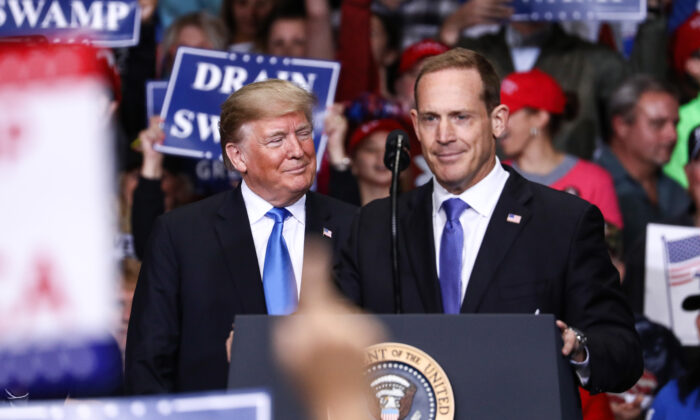 Five House Republicans are pushing a proposal to require independent federal agencies to comply with all regulatory reforms, including those involving unfunded mandates, excessive paperwork, and data quality.

“Independent agencies should comply with common-sense regulatory restraints so that the rules they write are clear, transparent, and lessen the burden on the American people,” Budd said in a July 27 statement announcing the proposal.

“This is a common-sense bill that will restrain the power of the regulatory state,” he said.

“Let’s face it: the federal bureaucracy is too big, it does too many things, and what it does, it usually doesn’t do very well. It’s a massive problem, but it’s one that can be solved with bold leadership, common sense, and innovative solutions like the Freedom from Regulations Act,” Johnson said in the Budd statement.

Budd’s proposal was prompted by a 2019 report and recommendations by the RSC’s Government Efficiency, Accountability, and Reform Task Force (GEAR) that found “even when Congress does not direct agencies to promulgate regulations, it often remains idle as executive agencies manipulate the meaning of law through self-serving interpretations. Consequently, agencies can promulgate, enforce, and prosecute seemingly endless rules and regulations that bind every man, woman, and child in the United States.”

In addition, the Budd measure’s backers claim it’s needed because independent federal agencies such as the Consumer Financial Protection Bureau (CFPB), Federal Communications Commission (FCC), and the National Labor Relations Board (NLRB) are only partially covered or are not covered at all by landmark regulatory reforms enacted by Congress in recent years.

Among those reforms are the Unfunded Mandates Reform Act, the Economic Growth and Regulatory Paperwork Reduction Act, and the Data Quality Act.

Those reforms variously required many federal departments and agencies to avoid imposing costly new regulatory mandates on state and local governments, to periodically review and minimize the paperwork required for compliance with regulations, and to use only credible, verifiable data in regulatory actions and analyses.

“Though independent agencies are insulated from the executive branch for important reasons, the regulations they issue can have a significant impact on millions of Americans,” NTU Policy and Government Affairs Manager Andrew Lautz said in the Budd statement.

“Representative Budd’s bill would ensure that these agencies comply with important laws that, for example, give taxpayers the opportunity to weigh in on proposed regulations,” Lautz said.

“We focused on some of the most far-reaching and economically impactful regulations that independent agencies have implemented, like the CFPB’s 2017 payday lending rule, the FCC’s “net neutrality” rule, the NLRB’s joint-employer rule,” Budd spokesman Curtis Kalin told The Epoch Times on July 29.

“Essentially, independent agencies should abide by the same requirements that all other departments and agencies go through when they create new regulations. Bottom line: It puts all regulations under the same restrictions, which in the end, will ease the burden of the regulatory state on Americans,” Kalin said.