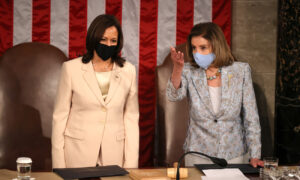 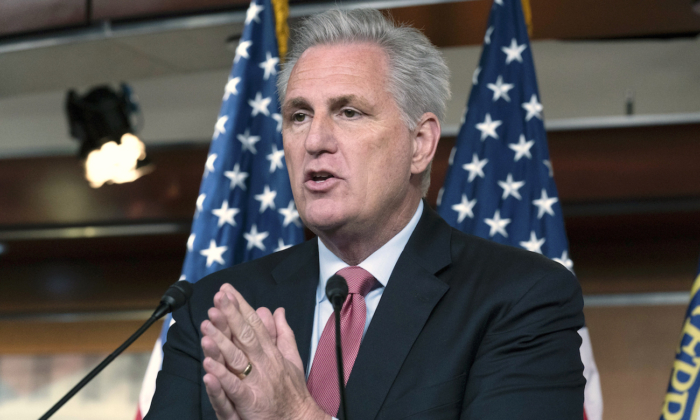 House Minority Leader Kevin McCarthy (R-Calif.) is taking his fight against what he calls the “patently unconstitutional practice” of proxy voting in the U.S. House of Representatives to the Supreme Court.

Majority Leader Steny Hoyer (D-Md.) said at the time the new absentee voting protocol was needed because the virus posed a “mortal danger.” House Democratic leadership said when the policy began that it would be temporary, but it’s still in effect today.

This “unprecedented” proxy voting resolution permits a single member to vote on behalf of up to 10 absent members, according to the petition for certiorari, or review, from McCarthy.

The petition in the case of McCarthy v. Pelosi, an appeal from the U.S. Court of Appeals for the District of Columbia Circuit, was reportedly filed with the Supreme Court on Sept. 9 but hadn’t yet appeared in its online docket as of press time.

The appeals court held that the Constitution’s speech or debate clause states that “for any Speech or Debate in either House, they [members] shall not be questioned in any other Place,” has the effect of preventing courts from reviewing the constitutionality of proxy voting.

“That decision takes a radically broad view of the Speech or Debate Clause,” McCarthy’s petition states. “The court concluded that any acts related to voting were privileged—including here, the Clerk’s collection of proxy letters from absent Members or declarations by the Speaker and Sergeant-at-Arms that proxy voting should continue.

“By that logic, there would be no stopping any voting rule adopted by the House.”