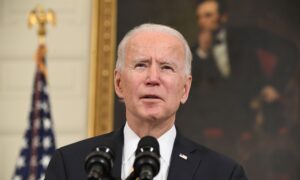 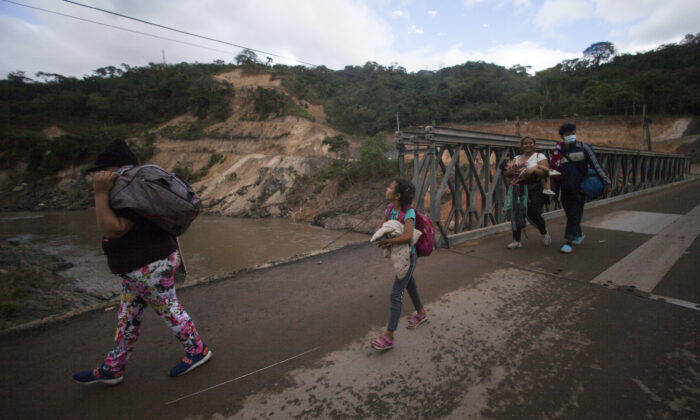 A group of House Republicans is demanding a hearing on the White House’s response to the surge of unaccompanied illegal immigrant children near the U.S.-Mexico border, according to a letter sent on March 4.

Noting a “sharp increase in unaccompanied alien children” along the border, the lawmakers said there should be “proper oversight” over the Department of Homeland Security, which oversees U.S. immigration enforcement, and the Department of Health and Human Services to determine whether there is a plan to stop the surge of migrants.

In recent days, warnings from a Democratic lawmaker whose district includes a portion of Texas along the southern border, as well as an SUV crash that killed at least 13 people in Southern California that Border Patrol agents believe included illegal immigrants who were smuggled through a fence gap, have put more pressure on the Biden administration to outline a comprehensive plan for what some have described as a border crisis.

“The number of [unaccompanied alien children] encounters shows no signs of decreasing—a fact the Biden Administration has acknowledged by opening one of the same influx facilities that the Trump Administration used, by keeping other facilities on ready status, and by requesting that other federal agencies provide a list of facilities that could potentially be used to house” the migrants, they said, noting that Biden administration officials are holding children for longer than the 72-hour statutory maximum.

“At the same time, the Biden Administration has repealed Trump Administration programs and policies that helped to address the rising tide of illegal immigration, including [unaccompanied alien children],” the letter stipulated.

“We need to engage in some consultation with key members and stakeholders, but I see no reason why we wouldn’t mark it up when we reconvene in April,” he said.

Added Rep. Tom O’Halleran (D-Ariz.) to Politico: “We need to have a discussion. It was put together by a few people. I don’t know what the role of the administration has been.”

Officials at DHS didn’t immediately respond to a request by The Epoch Times for comment.