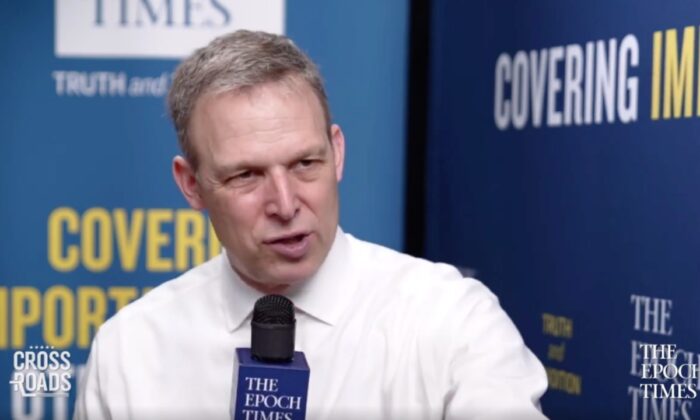 “For the past six years, I have stood shoulder to shoulder with the men and women of the Freedom Caucus as we have tirelessly fought to hold the line to promote liberty, safety and prosperity for Americans,” Perry said in a statement on Monday evening. “I am grateful to continue to carry the torch for these champions of freedom.”

Biggs will serve as chairman of the group until Jan. 1, which is when his current term expires. The caucus, founded in 2015, is composed of some of the most conservative members of the lower chamber of Congress.

Other potential candidates for the position were Reps. Warren Davidson (R-Ohio) and Ralph Norman (R-S.C.). The House Freedom Caucus said in a release that Perry has been with the group since it was founded.

Biggs said in a statement that it has been an “honor and privilege to lead this fierce group, as we battled to secure our border, restore fiscal sanity and protect Americans’ liberties in the wake of government overreach.”

“Since the establishment of the House Freedom Caucus Scott Perry has been an essential voice. I am confident that he will continue to hold the establishment accountable and demand that Republicans ‘do what they said they would do.’”

On July 23, the caucus called on House Minority Leader Kevin McCarthy (R-Calif.) to attempt to oust Speaker Nancy Pelosi (D-Calif.) from her speaker position, suggesting that Republicans are growing increasingly dissatisfied with Pelosi’s leadership after she ousted Reps. Jim Jordan (R-Ohio) and Jim Banks (R-Ind.) from a select committee created to investigate the Jan. 6 Capitol breach.

“CRT training, which teaches that America is [a] fundamentally racist country and that individuals, by virtue of their race, are inherently racist or oppressive, is a direct violation of federal law,” said the group.